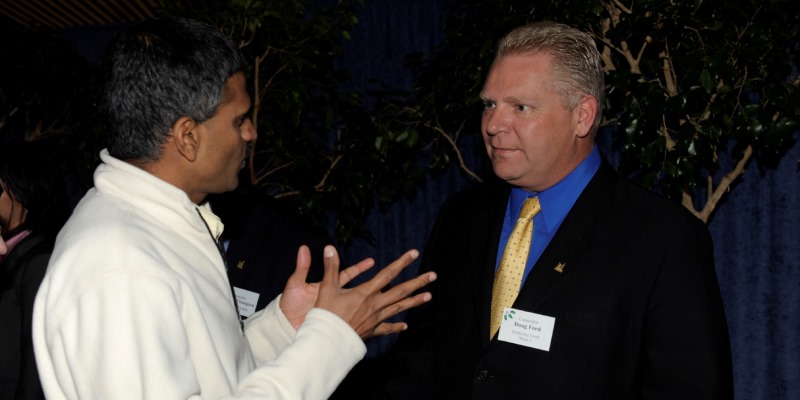 Ontarians opted for change in last week’s provincial election, choosing the Progressive Conservative Party of Ontario to form government. Now it’s time for the new government to do what it was elected to do—show leadership on electricity prices. In particular, the government should pursue sweeping policy reforms aimed at lowering electricity costs for Ontarians.

To reform its energy policies, the new government must understand the underlying cause and poor policy decisions made by previous governments that led to skyrocketing electricity prices.

Ontario’s main policy shift began around 2005 when Queen’s Park made a high-cost decision to phase-out coal. The next major step occurred in 2009 when the government introduced the Green Energy Act (GEA). The centerpiece of the GEA was a feed-in-tariff program, which provides long-term guaranteed contracts to generators with renewable energy sources (wind, solar, etc.) at a fixed price above market rates.

To fund these commitments, and the cost of conservation programs that pay homeowners for installing energy efficient upgrades, Ontario levied a surcharge on electricity called the Global Adjustment (GA). Between 2008 and 2016, the GA grew more than 70 per cent, causing a drastic increase in electricity prices. Over the same period, for instance, Ontario’s residential electricity costs increased by 71 per cent, far outpacing the 34 per cent average growth in electricity prices across Canada. In 2016, Toronto residents paid $60 more per month than the average Canadian for electricity.

So again, how did this happen?

Clearly, Ontario’s decision to phase-out coal (one of the cheapest forms of electricity generation) contributed to rising electricity costs in the province. This decision was justified at the time with claims that it would yield large environmental and health benefits. However, the subsequent research showed that shuttering these power plants had very little effect on air pollution. Had the province simply continued with retrofits to the coal plants already underway, the environmental benefits of the shift to renewables could have been achieved at a much lower cost.

Then there’s the imbalance between the supply and demand of electricity. Between 2005 and 2015, the province increased its renewable capacity to facilitate the coal phase-out. However, since renewable sources are not as reliable as traditional sources (because the sun doesn’t always shine and the wind doesn’t always blow), the government had to contract for more natural gas capacity as a back-up.

Due to these structural shifts and poor policy decisions, Ontario has the fastest-growing electricity costs in the country and among the highest prices in North America.

In response, the Wynne government implemented temporary (and poor) solutions while real reforms were pushed to the side. To lower rates, it’s important that the new government eschew the previous government’s Fair Hydro Plan, which will not fix the systemic problems with Ontario’s electricity system—it simply shifts costs to future generations.

Instead, in terms of first steps, the government should cancel or renegotiate the long-term renewable energy contracts the government signed under the feed-in-tariff program. And drop conservation programs, which have been found to be a waste of money in Ontario. In fact, the evidence indicates that conservation programs cost about two dollars for every dollar they save—in ordinary circumstances where electricity supply matches demand. In Ontario’s situation, where electricity supply greatly exceeds demand and the province has so much extra power that it’s sold to U.S. jurisdictions at a loss, saving money from conservation programs becomes even more implausible.

Given the critically important role affordable energy plays in economic growth and prosperity, the new Ontario government should implement real reforms and address the underlying policy failures—largely stemming from the Green Energy Act—that have produced some of the highest electricity prices in North America.