Many Canadians “know” that independent schools (a.k.a. private schools) are mostly elite preparatory schools. But this is a common misperception since independent schools in Canada serve a wide range of educational preferences and one, in particular, dominates.

Public secular schools in Canada may provide students with some general knowledge about major religions, but for parents who choose religious independent schools in Canada this is insufficient. Many parents desire an education for their children oriented in the perspectives, values or practices of their faith. With options for prayer or worship, sacred environments or facilities, curriculum grounded in religious perspectives and perhaps even kosher or halal meal options, independent schools are attractive to many parents in Canada. 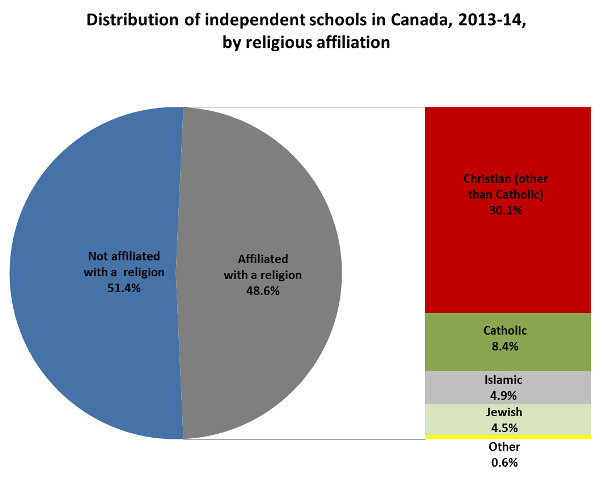 More specifically, in terms of enrolment, one in every five independent school students attends a Christian school, more than one in seven attend a Catholic school, and more than one in 10 a Jewish or Islamic school.

Indeed, parents of 6.8 per cent of students in Canada chose non-government schools for their children. But the majority of them make this choice, not because the schools are Ivy-clad, urban and elite, but because they offer a religiously-oriented education rarely available elsewhere.