While the majority of students are still educated in public schools in the dominant language of their area (French in Quebec, English in the other nine provinces), more and more families are looking at alternatives, including independent schools.

B.C. has the highest proportion of students enrolled in an independent school at 12.9 per cent. Quebec has the second highest at 12.3 per cent. 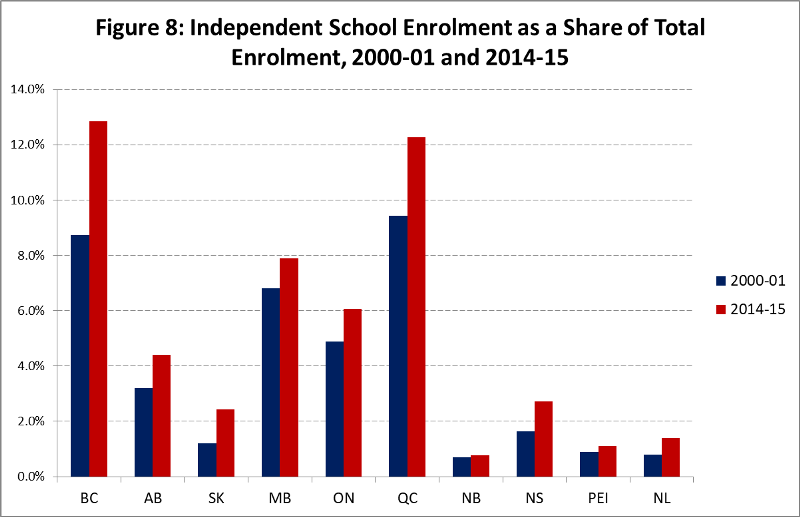 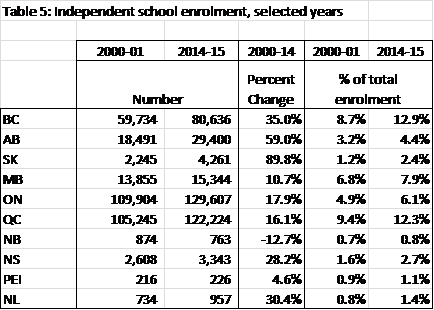 Clearly, the rate of public school enrolment, measured as a share of total enrolment, has declined in every province over the period studied. It’s no surprise that independent schools have seen a corresponding increase. Canadian families are increasingly looking for options beyond their neighbourhood public school for the education of their children.