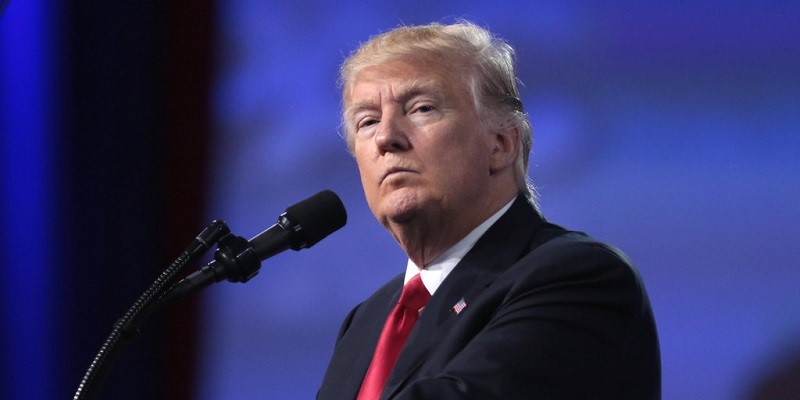 Another international meeting, this time the recent NATO summit in London, ended with President Trump and Prime Minister Trudeau exhibiting their basic distaste for each other’s governance style and personality (in case you missed it, Trudeau was caught mocking Trump, Trump responded by calling Trudeau “two-faced”).

The ostensible focus of the contretemps was Trump’s public questioning of Canada’s expenditure commitment to NATO. When pressed by the president, the prime minister acknowledged that Canada spends about 1.4 per cent of GDP on defence, not the 2 per cent NATO guideline. Perhaps reacting as much to a perceived personal insult as to Canada’s failure to meet this spending target, upon his return to Washington, Trump mentioned said the United States might take trade actions against countries (including Canada) that fail to put up their money for NATO expenditures.

Deputy Prime Minister Chrystia Freeland played down the latest mudslinging between the two leaders, and Trump’s latest tariff threat, as simply part of the “difficult conversations” that go on between Canadian and U.S. government officials. However, this is an overly sanguine interpretation of President Trump’s latest salvo against Canadian government policies and misleads Canadians about the strength of the commitment of both major U.S. political parties to reduce what’s perceived to be “free-riding” by other countries at the expense of U.S. workers, companies and taxpayers.

Indeed, while Canada’s defence spending is the latest focus of the U.S. administration’s ire, the broader and longer-standing bilateral issue is President Trump’s perception, increasingly shared by both Democrat and Republican leaders, that allies such as Canada are acting opportunistically in a number of policy areas.

For example, during trade negotiations for the United States-Mexico-Canada Agreement (USMCA), Trump and his trade negotiators especially targeted Canada’s agricultural supply management system and pharmaceutical price regulations. These specific issues have diminished as points of bilateral conflict with the conclusion of USMCA negotiations, but they are unlikely to disappear. Furthermore, with the growing economic importance of entertainment programming and health care, among other service activities, one can anticipate future bilateral disputes about Canada’s cultural regulations and our restrictions on foreign ownership in broadcasting and health-care delivery.

Across a range of economic sectors—again, including entertainment, health care and communications—Canada has relied on exemptions under the WTO, which allow governments to protect domestic sources of supply in the interests of national security and public health and safety.

That the Trump administration has repeatedly invoked national security as a rationale for both imposing and threatening tariffs on its allies, including Canada, is therefore a small irony that underscores the fragility of the very international trade regime that has provided Canada scope to carve out protection for domestic producers in politically-favoured industries.

Unfortunately, the WTO is in a parlous state, in large measure because U.S. officials have come to view the WTO’s rules as disproportionately advantaging other countries, primarily but not exclusively China. The resistance of the Trump administration to approve the appointment of judges to the WTO’s trade court in Geneva will undermine the ability of the WTO to place sensible limits on national governments to restrict trade and investment flows on grounds of national security and public health and safety.

In a global economy increasingly governed by economic and military power rather than by negotiated rules, the Canadian government will confront increasingly difficult tradeoffs.

Whatever the domestic political benefits Canadian politicians anticipate from restraining the growth of defence spending, holding down drug prices, protecting domestic dairy farmers, broadcasters and producers of entertainment content, there are also likely to be increasingly adverse economic consequences associated with the more limited access that competitive Canadian companies will have to Canada’s largest export market due to U.S. trade actions, which may be beyond legal challenge.