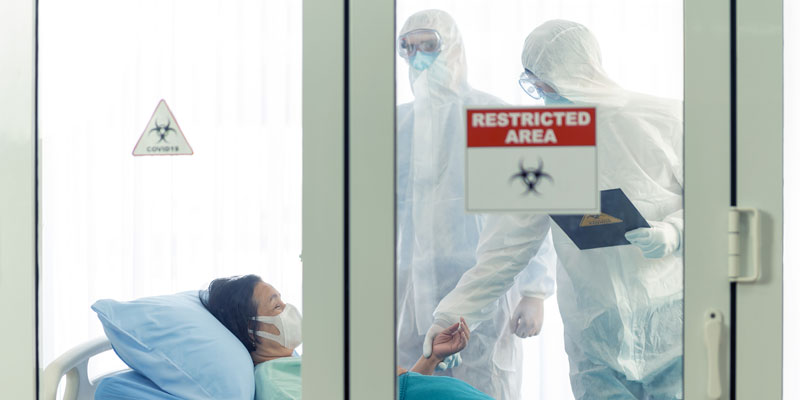 While it will take a long time to assess and learn lessons from the COVID pandemic crisis, the U.S. experience will be worthy of particular study. As of May 1, the United States accounted for about one-third of the world’s confirmed coronavirus cases while accounting for only around 4.25 per cent of the global population. Put more directly, the ratio of total confirmed cases per 1 million residents was 3,358 for the U.S. compared to 432 for all reporting countries. The mortality rate per 1 million U.S. residents was 196 compared to 30.5 worldwide.

Of course, these global comparisons should be interpreted with caution as there is great uncertainty regarding the true number of cases, especially in countries with potentially poorer reporting standards.

That being said, while peer countries including the United Kingdom, Italy and Spain have also experienced above-average infection and mortality rates adjusting for population size, the experience to date of the U.S., the richest country in the world and one that by far spends the most money per capita on health care is unfortunate.

As of May 4, the U.S. reported the largest total number of coronavirus cases in the world, more cases per million than every country in the G7, and twice as many deaths per million compared to Canada and Germany (and many multiples the rate in South Korea).

The U.S. public health response will undoubtedly be subjected to detailed ex post analysis, as it should be.

But, as no such detailed analysis has yet been undertaken, one must be very cautious in identifying possible reasons. Notwithstanding, the early evidence is that the U.S. was very slow out of the gate in testing for the virus, which was a critical shortcoming given that asymptomatic people are prominent vectors for spreading the virus. It was also slow in ramping up testing once the magnitude of the health crisis became clear. While the U.S. seems to have now caught up with its international peers, questions remain about why it took so long.

Health-care systems are complex and no single feature of any system should be expected to provide a complete explanation of that system’s performance, especially during a sudden pandemic. However, the facts surrounding the U.S. testing failure seem fairly well established, and they point to a surprising insight. While there has been much criticism of the decentralized private insurance industry in the U.S., the major shortcomings in testing that characterize the U.S. experience during the current pandemic seem to be the result of the government health-care bureaucracy.

One contributing factor to the U.S. testing fiasco was the federal government’s Center for Disease Control and Prevention’s insistence on producing its own test and spurning a proven German-produced test. The center’s tests were faulty and unreliable which contributed to a scarcity of reliable testing during the critical early weeks of the virus’ spread in the U.S. It was almost a month until the center allowed private U.S. labs to start producing workable tests. This contrasts with the experience of countries that are acknowledged to have done early and more comprehensive testing than the U.S. including Germany, South Korea and Singapore. The latter deputized private labs to develop and deploy tests and are acknowledged to have performed far better than countries that pursued a top-down, centralized approach to testing, as did the U.S. and Britain.

A second contributing factor apparently was the low payments offered by the U.S. federal government’s Medicare program for tests done by private labs. The Medicare program provides health insurance for 44 million people over 65, a particularly vulnerable group from a public health perspective. Medicare is reputed to have paid about half the price it pays for a flu test, even though the coronavirus test is substantially more expensive to produce. The price forced labs to take losses on the test, blocking many labs from scaling up production to expand the nation’s testing capacity.

Only after major lab organizations made public pleas for increased Medicare reimbursement, and long backlogs emerged for testing and reporting test results, did Medicare agree to double its payments for coronavirus tests. Testing increased by 44 per cent in the week after the payment increase compared to the preceding week.

Again, the full story of how different countries with different health-care systems managed testing in critical early stages of the pandemic remains to be told. So one must be very cautious in drawing any inferences about why some countries apparently did much better than others. However, the early U.S. experience underscores a danger that the late Nobel-prize winning economist Friedrich Hayek warned about. In changing circumstances, it’s usually more efficient to have ultimate decisions made by people who are directly familiar with the relevant changing circumstances rather than expecting the knowledge to be communicated to a central board, which integrates the knowledge and then makes its decision.

While Hayek did not have public health emergencies in mind when making his argument, his observation of the problems of centralized social decision-making seem entirely applicable to the U.S.’s early coronavirus experience.