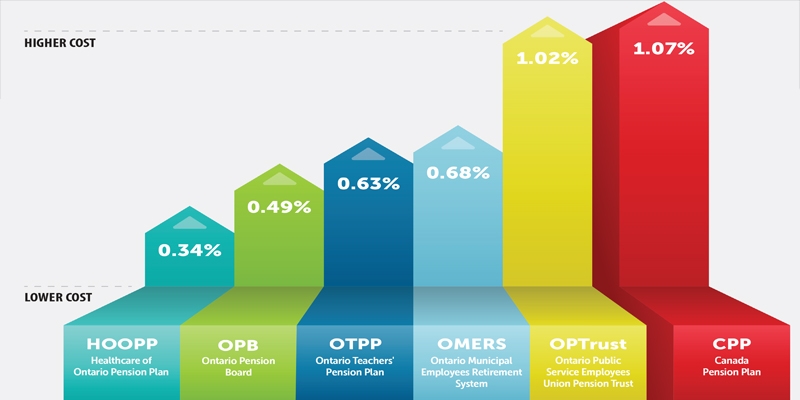 Proponents of the CPP and those who argue for its expansion often claim it has low costs and economies of scale, whereby the ratio of costs to assets declines as the value of assets under management grows.

Overall, the paper finds no systematic relationship between the size of pension plan assets and their cost (measured as a percentage of assets). The CPP, the largest plan with $269 billion of assets, had the highest expense ratio at 1.07% of its assets on average for the whole period between 2009 and 2014. The OTPP, the next largest plan at $154 billion of assets, had the fourth highest average expense ratio (0.63%).

In fact, there may be diseconomies of scale for larger public pension plans because of the complexity of implementing their investment strategies, which include contracting out for external experts—a practice that has become increasingly popular, with plans investing more in non-traditional assets such as real estate, infrastructure, and private equity.

These more aggressive investment strategies raise costs. Whether they are justified by higher rates of return will not be known for decades, and depend on whether the assumption that markets have mispriced these assets is borne out.