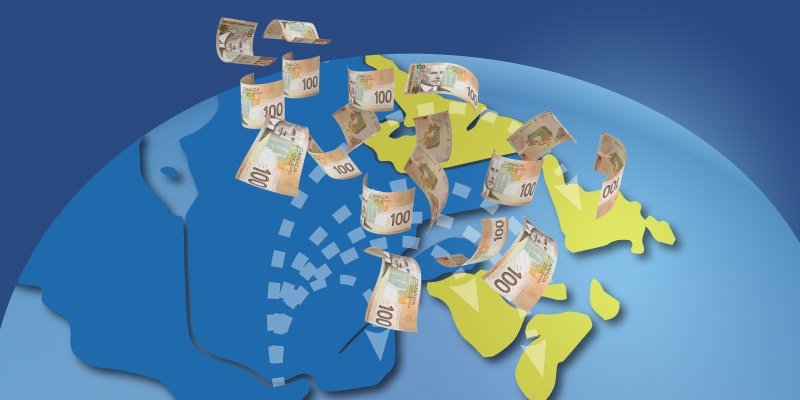 Fiscal federalism, the massive and unbalanced flow of federal money to and from the provinces, will create a huge fiscal challenge going forward for at least three reasons: economic difficulties emerging after the COVID-19 pandemic, the overhang of provincial and federal deficits prior to COVID-19, and, most importantly, the decline of the energy industry, which arguably funded fiscal federalism in past years. For more than a decade, Alberta’s taxpayers have funded the lion’s share of federal fiscal transfers flowing predominantly to Atlantic Canada and Quebec. The decline of the energy industry will dramatically reduce this source of funding. To return to a federal balance, Ottawa will have to cut spending significantly, or reform fiscal federalism, or increase tax revenues.

Federal fiscal flows are larger and more unbalanced than many Canadians would imagine. Equalization forms only a small part of these transfers. Consider Atlantic Canada: over the period from 2007 to 2019, Ottawa spent $423.2 billion and raised revenues of $226.5 billion for a net transfer of $196.7 billion to the region (all amounts inflation-adjusted to 2018 constant dollars, unless otherwise noted). Total federal spending on average equalled over a quarter of the Atlantic economy at 27.5% of GDP. Net federal transfers—the difference between federal revenues and spending in the region—alone averaged 12.8% of GDP.

In Alberta, on the other hand, despite its weakening economy in the last three years of the 2007–2019 period, Ottawa spent $337.1 billion but raised revenues of $617.5 billion or $280.4 billion more than it spent. In Alberta, federal spending equalled 7.7% of the provincial GDP while federal revenues from the province equalled 14.1% of its economy, for a net outflow equivalent to 6.4% of the Alberta economy In the last financial crisis and recovery (2007/08), Alberta taxpayers carried most of the weight of fiscal federalism, with a federal surplus of $52.9 over the two years compared to $32.3 billion from Ontario and $13.1 billion from British Columbia. By comparison, Atlantic Canada’s federal deficit was $29.2 billion.

Atlantic Canada is deeply dependent on federal spending. That leaves the region vulnerable to economic dislocation if significant changes are made to fiscal federalism, though in the long run a reduction of transfers would likely be economically positive for the region.

A full accounting has never been made of the costs of fiscal federalism or what the overall structure is intended to accomplish. Looking regionally and provincially, however, we can note the following data (2018 dollars) for the period from 2007 to 2019:

The tables in the study provide details on federal fiscal flows for all the provinces and territories.