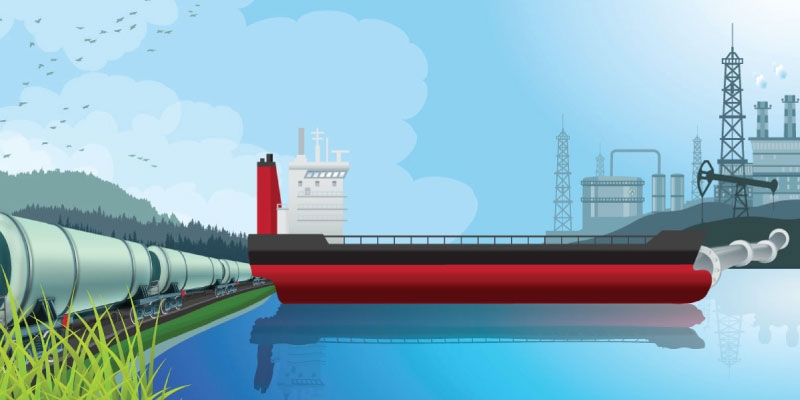 A contentious road lies ahead for the construction of three recently approved oil pipelines (Trans Mountain, Line 3, and Keystone XL). Given continued opposition to oil and gas infrastructure, we have examined the latest data on the safety of oil and gas transport. In general, the transport of oil and gas is quite safe by all modes we examine: pipeline, rail, and tanker, though there are differences between the modes that should be considered when developing infrastructure.

Pipelines suffer few occurrences (accidents and incidents) given the amount of oil and gas that is shipped through them. Overall, between 2004 and 2015, pipelines experienced approximately 0.05 occurrences per million barrels of oil equivalent (Mboe) transported.

The focus on the occurrence rate only tells part of the story for pipeline safety. In addition to having low occurrence rates, almost 70 percent of pipeline occurrences result in spills of less than 1 cubic metre (17 percent result in no spill). Only 17 percent of pipeline occurrences take place in the actual line pipe, meaning that the vast majority of spills occur in facilities that often have secondary containment mechanisms and procedures. The results were similar for rail, where the transportation of oil was found to result in fewer accidents per Mboe transported than natural gas. Also similar to the data on pipelines, most rail accidents occurred in facilities rather than in transit.

While both pipeline and rail transportation of oil and gas are quite safe, when comparing the two modes of transportation, pipelines continue to result in fewer accidents and fewer releases of product, when taking into consideration the amount of product moved.

Specifically, based on petroleum product transport data from 2004 to 2015, pipelines were 2.5 times less likely than rail to result in a release of product when transporting a million barrels of oil. This study also evaluated marine tanker safety in light of the additional oil tankers that will result from the expansion of the Trans Mountain pipeline.

Since the mid-1990s there has not been a single major spill from oil tankers or other vessels in Canadian waters. One recent study conducted by the federal government on marine oil spill preparedness estimated that a major spill of over 10,000 tonnes was exceedingly rare and likely to only occur once every 242 years. Likewise, a spill of 100 to 1,000 tonnes is expected to occur once every 69.2 years.

Marine safety has also improved dramatically since the 1970s. For example, when comparing the number of spills in the 1970s to the 2010s (up to 2016) using international data, the number of spills between 7 and 700 tonnes has decreased from 543 to 35 and in this same period the number of large spills (>700 tonnes) has declined from 245 to 12. The amount of oil spilled has also dropped dramatically, falling from three million tonnes in the 1970s to only 39,000 tonnes in the 2010s.

In addition, compared to pipelines and rail, marine tanker transport is found to result in the fewest number of accidents per million barrels of oil transported.

View the Infographic - Pipelines are safer than rail for transporting oil