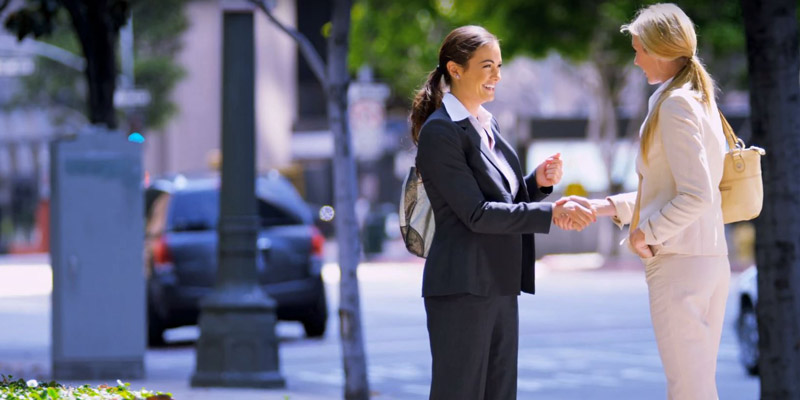 Entrepreneurship is part of the American DNA and broadly recognized as the basis for improved living standards through innovation and technological progress. Unfortunately policymakers in Washington and across the country, and average Americans more broadly, seem unaware of the decline in entrepreneurship over the past two decades and one of the causes of the decline—demographics.

Most Americans are aware that their population is aging. The effect of an aging population on entrepreneurship, however, is not generally understood. As a population ages, the share of the population best positioned to be successful entrepreneurs—individuals in their late-20s through to their early-40s—will shrink. People in this age group are key to entrepreneurship because they are willing to take risks to start businesses or develop new products, while also possessing business experience, which increases the likelihood of success.

The share of Americans between the ages of 30 and 39 has already declined by more than 17 per cent since the 1980s. It’s projected to decline by an additional 4.5 per cent by the 2040s. And small business startup rates, a key measure of entrepreneurship, declined by 18.6 per cent when comparing the six years (2001-07) before the Great Recession to the following six years (2008-14), the most recent data available.

The United States is not unique in experiencing both an aging population and declines in entrepreneurship, as measured by small business start-ups. For example, Canada experienced an 8.5 per cent decline over the same period while the United Kingdom suffered a 7.5 cent decline.

It’s also important to recognize that total factor productivity growth in many OECD countries, including the U.S., has declined along with the fall in entrepreneurship, highlighting the critical role of entrepreneurship as a driving force for economic progress.

There are obviously country-specific explanations for the declines in entrepreneurship across the OECD. However, the fact that all industrialized countries are experiencing population aging at the same time that entrepreneurship is declining points to the influence demographic changes exert on entrepreneurship.

Of course, governments can do very little to stem the aging of their populations, however, a number of policy levers exist that can improve entrepreneurial incentives and increase the chances of successful new business start-ups. A recent set of essays by leading scholars in the U.S., Canada and Europe explored a number of policy reforms to promote and improve entrepreneurship.

One of the central policy reforms suggested is tax relief—specifically, reductions in marginal tax rates for individuals and businesses and reductions (or even the elimination) of capital gains taxes. While the U.S. has taken steps in this direction over the last year with fairly sweeping tax reforms, more can be done. Namely, further rate reductions and the elimination of capital gains taxes would strengthen the incentives for people to start and grow businesses (i.e. take risks) and increase the availability of entrepreneurial capital.

Another key reform the U.S. has made progress on over the last year is reducing the amount and cost of regulations imposed on businesses to make it easier to start and operate businesses.

Changes to banking and financial regulations that would make it easier for entrepreneurs to access financial capital and policies encouraging increased immigration of professionals, skilled workers and those with entrepreneurial abilities, were both seen as additional reforms that could improve entrepreneurship.

Finally, in one of the more provocative essays, internationally-recognized economists Deirdre McCloskey and Art Carden explained the positive effects of a culture that values and promotes enterprise and entrepreneurship. The importance of their essay cannot be overstated given the pro-business nature of the current U.S. administration—at least when compared to countries such as Canada and in much of Europe.

The policy reforms explored in the essays to improve entrepreneurship apply to different countries in varying degrees. It’s clear, however, that all developed countries, including the U.S., face a long-term decline in entrepreneurship that is at least partially driven by demographics. Since demographic trends cannot be easily reversed, the U.S. and other countries must improve the environment in which entrepreneurs and businesses operate, to encourage more and better entrepreneurs. And while the U.S. has made gains in this area, more is clearly needed.