Alberta spent during the good times, which means deeper red ink during these bad times 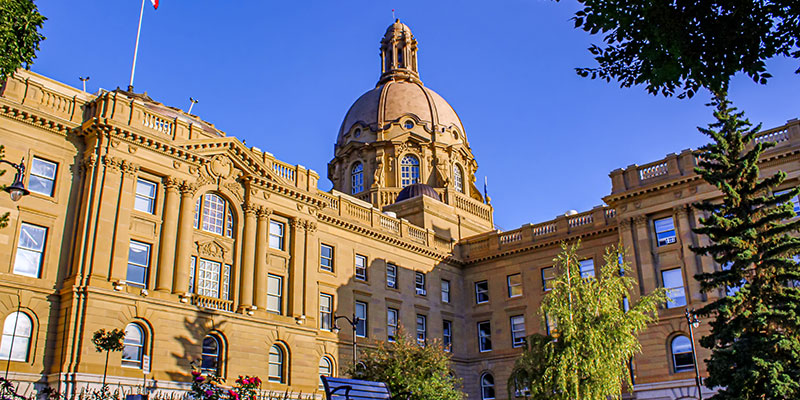 Alberta’s fiscal trajectory over the past decade has been troubling to say the least. Through good times and bad, the provincial government has run large deficits that have eroded the province’s financial assets.

Now, the combined forces of a global pandemic depressing oil demand and a flood of new oil supply from OPEC+ countries seem poised to accelerate that trend. While the province is still less indebted than other provinces, the rapid deterioration of provincial finances, heading into a likely third recession in just over a decade, suggests this might not be the case forever.

To put Alberta’s fiscal situation in context, consider that in 2007/08 the province had $35 billion in net financial assets. In other words, its financial assets (such as those held by the province’s Heritage Fund) exceeded liabilities by $35 billion. This was an extraordinarily advantageous position, given that most governments have debts that far exceed their assets. Indeed, after a long string of deficits, this is now also the case in Alberta.

It may surprise some observers that Alberta has only had a single budgetary surplus since 2008/09. Given the gusher of revenue from the energy boom, and given that for the most part the province was dedicating all of its non-renewable resource revenues to day-to-day expenses rather than making regular contributions to the Heritage Fund, one might have expected that the province could at least pay its operating expenses out of annual revenue without running deficits.

However, that was not the case. As a result, the provincial government had over $35 billion in net debt as of 2019/20. That is a $70 billion decline in financial assets in just over a decade.

This brings us to the current situation. Coming off of a $7.5 billion deficit, the Kenney government projected a $6.8 billion deficit for the 2020/21 fiscal year. The government hoped to balance the budget by 2022/23 by essentially holding operating expenses flat. Unfortunately, the COVID crisis combined with the oil-price war triggered by Russia and Saudi Arabia will both reduce revenue and result in at least temporary spending increases, which will almost certainly mean a larger deficit for this fiscal year.

It’s not clear how long these fiscal challenges will persist, but needless to say the government’s path to budgetary balance is much more difficult than it looked when the budget was tabled.

At this point, it seems impossible to project the fiscal impact of COVID-19 and severely depressed energy prices. But they will contribute to another large budget deficit this year, and continued growth in the Alberta’s government debt load.