Fumbling the Alberta Advantage: How Alberta Squandered a Decade of High Energy Prices 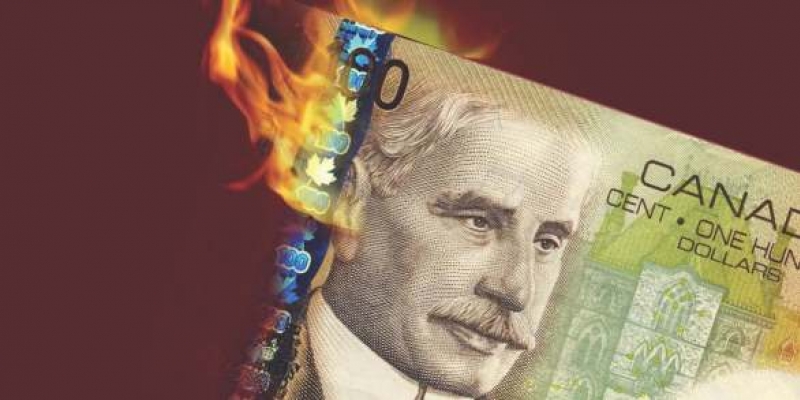 It is well-known that Alberta’s provincial budget is highly dependent on resource revenues. Over the last decade, as a proportion of total revenues, resource revenues have accounted for as much as 40% (2005/06) and as low as 19% (2009/10). In the most recent year (2013/14), resource revenues accounted for 21% of all revenues. What is often less remarked is how program expenses have grown much quicker than the combined effect of population growth and inflation would require. In 1993/94, per-person program spending (in real dollars) was $8,978. The Ralph Klein government cut real program spending back to $6,828 per person by 1996/97. By 2004/05, per-person real program spending had risen again to $8,965; in essence, back to where per-person program spending was before the mid-1990s expenditure reductions. By the mid-2000s, even though the province was again spending at a level that contributed to deficits in the early 1990s, after 2004/05 the province allowed program spending to escalate even further and beyond inflation and population growth. The result was that by 2013/14, the province spent $10,967 per person on government programs. That was $2,002 higher per person than in 2004/05.

Had the province increased program spending after 2004/05 but within population growth plus inflation, by 2013/14 the province would have spent $35.9 billion on programs. Instead, the province spent $43.9 billion, an $8 billion difference in that year alone. That $8 billion difference is significant. In recent interviews, Alberta Premier Jim Prentice has warned that the drop in oil prices has drained $7 billion from expected provincial government revenues. Thus, past decisions to ramp up program spending mean that provincial spending beyond inflation and population growth is at least as responsible for current budget gap as the decline in revenues.

While discussion over the Alberta Heritage Savings Trust Fund is temporarily muted due to concerns over the pro-vincial budget deficit, some have advocated higher taxes on the basis that the Alberta government should make regular and significant deposits into the Heritage Fund. But, the Alberta Heritage Savings Trust Fund could have seen significant deposits over the past decade had spending been more carefully controlled: between 2005/06 and 2013/14, and adjusted for inflation, the province of Alberta garnered $101.3 billion in resource revenues. Had Al-berta imitated the state of Alaska in requiring 25% of all resource revenues to be deposited into the Alaska Perma-nent Fund, from 2005/06 to 2013/14 inclusive, instead of just $4.5 billion in actual deposits, the deposits would have amounted to $25.3 billion. Given what is now known about the spending patterns of the last decade, a deposit of 25% of resource revenues, or $25.3 billion, into the Heritage Fund would not have been unreasonable. Instead, the province deposited just $4.5 billion, or 4.5% of all resource revenues between 2005/06 and 2013/14.