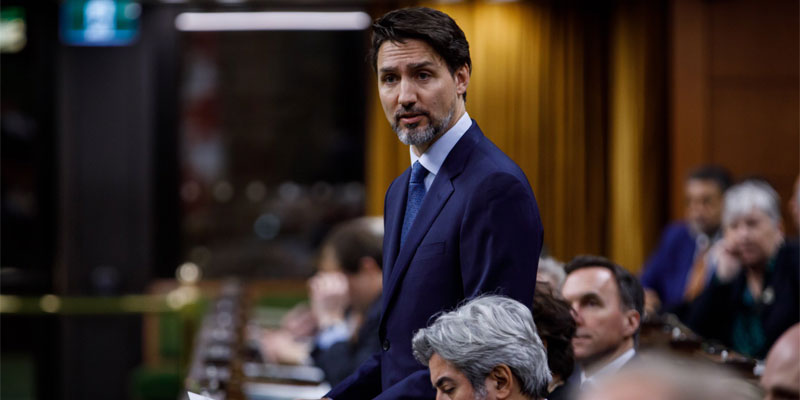 The Trudeau government continues to defend its debt-financed spending based on international comparisons, which show Canada has the lowest debt of any G7 country. But if you broaden the group of comparative countries and use an alternative measure of indebtedness, you see a very different picture of Canada’s debt.

Specifically, beyond the G7, Canada ranks 11th among 29 industrialized countries, with a net debt-to-GDP ratio of 33.0 per cent. Moving from net debt (which adjusts for financial assets) to gross debt (a measure of total indebtedness), Canada falls to 25th of 29 countries. In other words, Canada has the fifth-highest level of total indebtedness (relative to the size of our economy) among 29 industrialized countries.

And no other country experiences such a pronounced decline in its debt ranking—14 places—when moving from net debt to gross debt. Finland has the second-largest drop in the rankings but falls only six places, less than half of Canada’s decline.

One of the main reasons for this stark contrast between Canada’s net debt and gross debt rankings relates to what’s included in financial assets. The International Monetary Fund’s (IMF) definition of financial assets includes government-mandated public pensions such as the Canada Pension Plan and the Quebec Pension Plan.

This is important because the Canada (and Quebec) Pension Plans are relatively unique in the industrialized world in that, due to reforms in 1996, they invest in assets other than government bonds, including corporate bonds and stocks.

This affects Canada’s measurement of net debt. Consider a hypothetical case where a government borrows $1 billion to finance spending while its public pension simultaneously buys $1 billion in bonds. The government’s gross debt increases by $1 billion but its net debt doesn’t change because there’s both an asset (bond held by the pension) and a liability. If instead, the public pension invests in non-government bonds and stocks, net debt decreases by $1 billion—and that’s what’s happening in Canada. Our net debt looks better than it actually is because the assets of the Canada (and Quebec) Pension Plans are included.

This is more than misleading, because governments—provincial and federal—can’t use earnings from assets held by the Canada Pension Plan or the assets themselves for anything other than paying for pension benefits. Indeed, these assets are critical to meeting pension obligations to current and future retirees.

According to the IMF, the difference between Canada’s net and gross debt is roughly $1.5 trillion, and the assets of the CPP and QPP represent about one-third of that value.

And yet, Finance Minister Chrystia Freeland continues to rationalize massive government spending increases based on borrowing, including in her first speech as finance minister and the recent 2021 budget. But in reality, Canada’s indebtedness is not nearly as rosy as the federal government would have us believe. Ottawa should exercise much more caution in financing spending with debt.

An abridged version of this op-ed appeared in the Financial Post.