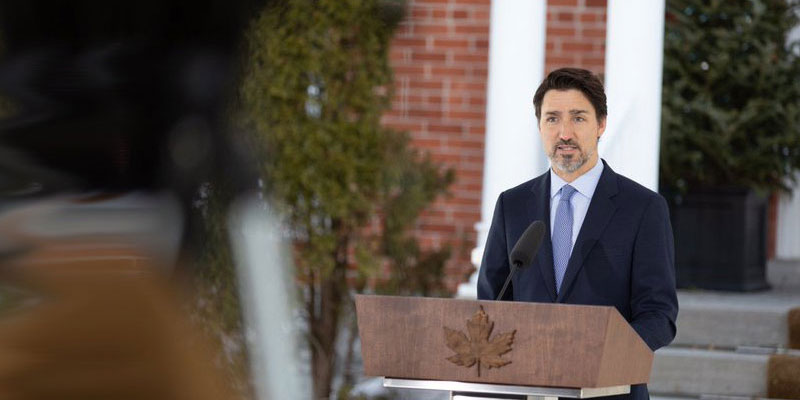 In what looked and sounded like a campaign stop in Sault Ste. Marie, Prime Minister Trudeau recently reiterated his government’s focus on “growing the economy.” The problem for the prime minister is that the evidence is clear—his government’s approach to the economy has resulted in lower, not higher, economic growth.

Stronger economic growth is a laudable goal as it provides the foundation for higher living standards and the resources required by government for services such as health care.

The Trudeau government’s policies, which depart from the consensus of previous governments both Liberal and Conservative, include a combination of higher taxes, marked increases in government spending financed by borrowing and a more active approach to managing the economy through regulations.

Put differently, the Trudeau vision for a stronger economy rests on a larger, more significant role for politicians and bureaucrats picking winners and losers, and a reduced role for entrepreneurs, businessowners and investors.

The results clearly point to a weaker economy during the Trudeau period of higher taxes, more government spending financed by deficits and heavier regulations. Specifically, after adjusting for inflation, among these four-year periods, the growth in per-person GDP (basically, Canada’s GDP divided by our population) during the Trudeau period averaged 0.8 per cent—that’s one-third less than the next lowest performer (1.2 per cent during the Martin-Harper period) and more than four times less than the Chrétien period (3.7 per cent).

Similar results hold for the broader measure of total GDP and narrower measures of household and individual incomes. Simply put, the economy experienced slower growth pre-COVID recession (2020) than the four previous comparable periods. This is not a mark of economic success.

Similarly poor results exist with the other measure championed by the Trudeau government—job creation. Private-sector employment grew (on average) by 1.5 per cent between 2016 and 2019, the exact same rate experienced during the comparable Harper period. And Trudeau’s 1.5 per cent average private-sector employment growth is well below both Chrétien (2.9 per cent) and Mulroney (3.3 per cent).

The Trudeau government is right to focus on improving economic growth. But it must realize its approach has failed and return to the policies of past governments that worked to promote stronger economic growth.