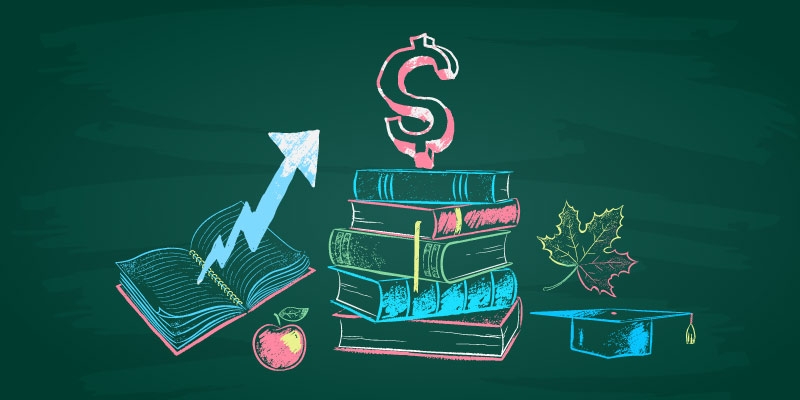 To provide an accurate assessment of education spending in Canada, we have taken into account the effects of enrolment and price changes (inflation). Student enrolment in public schools increased by 3.2% nationally from 2014/15 to 2018/19. Alberta (7.7%) and Saskatchewan (5.5%) saw the most significant increases in enrolment. In contrast, half of the Atlantic Provinces saw a decrease in enrolment: Newfoundland & Labrador saw the largest decrease at 4.4% while in New Brunswick enrolment fell by 1.0%.

When capital expenditure—spending on physical infrastructure such as new schools—is removed, Canada’s per-student, inflation-adjusted spending increased by 1.7% between 2014/15 and 2018/19. Nova Scotia’s spending in this area increased at a higher percentage than that of the other nine provinces, at 9.7%. Three provinces’ inflation-adjusted per-student spending with capital excluded decreased over this time period: Saskatchewan decreased by 5.7%, Alberta by 5.3% and Newfoundland & Labrador by 4.8%.

In 2018/19, annual spending on public-school education in Canada increased by $2.5 billion more than was necessary to account for changes in enrolment and inflation alone. If real per-student spending had remained constant from 2014/15 to 2018/19, total spending would have been 3.3% lower. In all provinces except Newfoundland & Labrador, Saskatchewan, and Alberta, total spending exceeded the amount necessary to account for enrolment and inflation changes.

In 2018/19, Nova Scotia saw the largest percentage difference—9.6%—between actual spending and the level of spending that would be needed to offset enrolment and price changes alone. Quebec (7.7%) and Prince Edward Island (6.6%) also saw spending increase significantly more than would be necessary to account for these factors.

The data clearly show that there has been an increase in education spending in Canada. In some provinces, such as Alberta, capital spending (while still costing less than compensation overall) accounts for a notable portion of the growth in spending. In other provinces, such as Nova Scotia, the spending increases are almost entirely explained by increases to compensation. Education spending has increased by more than necessary to offset the effects of growth in enrolment and inflation, equating to billions of dollars in additional spending. This is contrary to the general perception that education spending in public schools has been cut.