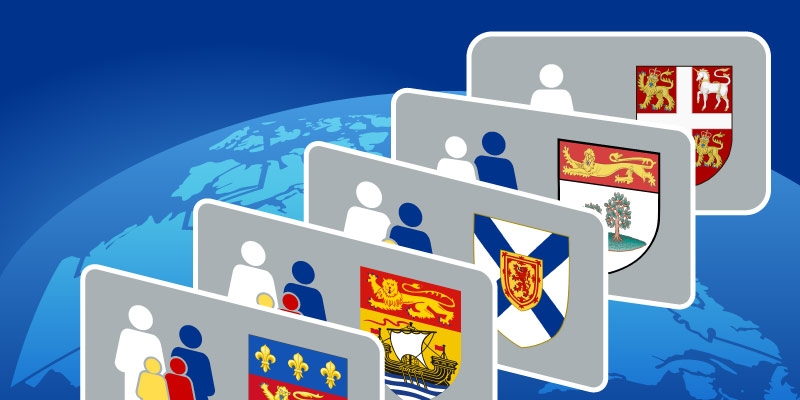 Canadians earning high incomes in Atlantic Canada and Quebec generally face the highest effective tax rates in Canada. This is the case across three income levels above $100,000 and four types of households—single individuals, couples with no children, couples with one child, and couples with two children. At the same time, these provinces generally have the lowest shares of high-income earners in the country.

In this study, we measure the personal income-tax burdens faced by these four types of families to understand differences among various provinces across the country. Calculating tax rates provides an overall picture of how each province compares—and competes—with other provinces with the income thresholds and tax rates it imposes on those earning high incomes in the province. The study measures effective income-tax rates on four family types: single (unattached) persons, couples with no children, couples with one child, and couples with two children. Combined with analysis of taxation at various income levels above $100,000—12 categories in all—this provides a picture of the effective personal income-tax rates for a variety of households across the country.

Across all four family types, we observe a common finding: Atlantic Canada along with Quebec tend to maintain higher personal income-tax rates while Ontario and western Canada have the lower rates. Specifically, for unattached persons with income over $100,000, Prince Edward Island has the highest effective tax rate at 33.9%, followed by Quebec at 33.7%. Newfoundland & Labrador is third at 33.1%, Nova Scotia fourth at 33.0%, and New Brunswick sixth at 31.4%.

For couples with no children and income over $100,000, Quebec and the Atlantic provinces again rank at the top of the most-taxed provinces. Quebec is highest with an effective personal income-tax rate of 28.0%, followed by Newfoundland & Labrador at 26.2%, Prince Edward Island at 25.5%, and Nova Scotia at 24.7%. New Brunswick fares better in this category at 23.3%, which is the seventh highest in Canada.

When looking at couples with one child and income over $100,000, Newfoundland & Labrador stands out as the Atlantic province with the highest rate, at 25.4% (only Quebec is higher, at 26.5%). The three Maritime provinces are middle of the pack in this category, with Nova Scotia ranking fifth (22.9%), New Brunswick seventh (22.5%), and Prince Edward Island eighth (22.4%).

The Atlantic Canadian provinces also have the lowest shares of high-income earners in Canada. In some cases, the differences are dramatic. For example, Prince Edward Island’s share of all earners over $100,000, at 15.5%, is nine percentage points lower than Alberta’s, at 24.5%. There is also an east-west divide in the shares of households earning over $100,000. Quebec and the four Atlantic Provinces have the lowest shares of households earning over this amount, while Ontario and the four western provinces have the highest shares. At 19.7%, Manitoba has the lowest share of earners over $100,000 east of Quebec but this would still rank higher than Quebec and the Atlantic Provinces. Generally, provinces with higher effective personal income-tax rates have lower shares of Canadians earning high incomes.

These findings have important implications for the Atlantic provinces as they contemplate tax policy. The results here provide further evidence that personal income taxes—and particularly taxes on high-income earners—in the Atlantic provinces are not competitive with those in the rest of the country. The data also reveal that there are fewer high-income earners (relative to the all tax filers) in Atlantic Canada than in the rest of the country. These findings should re-ignite discussion of reforms of personal income tax and reductions across the region.

View the Infographic - Newfoundland and Labrador