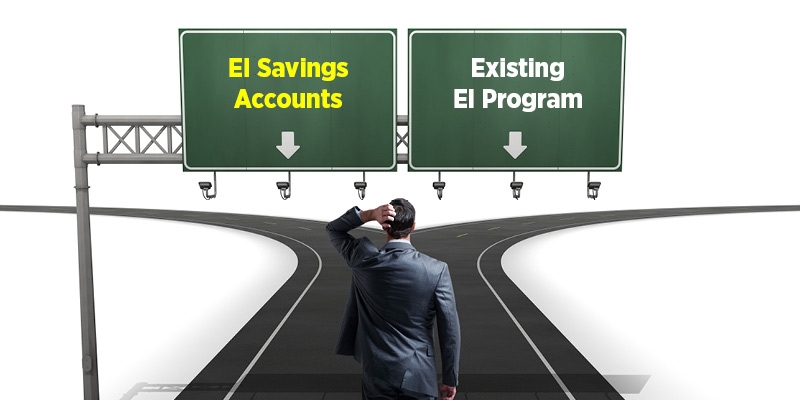 Notwithstanding the long history of unemployment insurance programs in Canada, as well as substantial modifications to the programs over time, employers, researchers, and even the current federal government continue to express concerns about the existing Employment Insurance (EI) system. Indeed, in the fall Throne Speech, Prime Minister Trudeau stated that the COVID-19 pandemic has shown the need for a “21st century system,” including coverage for the self-employed and those in the “gig economy.”

The current EI system is funded through a payroll tax imposed on employers and employees. EI benefits are a function of the magnitude and duration of unemployment. In this regard, the COVID-19 crisis can be expected to increase required benefit payments while also harming the economic base for the payroll tax. Specifically, it is reasonable to expect that unemployment rates in Canada will remain relatively high for the foreseeable future, while businesses in hard-hit sectors such as tourism, hospitality, and transportation will continue to experience financial distress. Hence, the EI system will face financial pressures in the future, especially with the expiration of special funding programs put in place by the federal government to deal with the economic contraction caused by the pandemic.

The anticipated EI funding challenges amplify calls for implementing design changes to the existing EI system. Specifically, they intensify the need for policies that make the EI system both more efficient and more equitable. In this context, greater efficiency means reducing the magnitude and duration of unemployment associated with what economists refer to as moral hazard. Moral hazard encompasses situations in which individuals or organizations that enjoy financial protection against unfavourable outcomes engage more intensively in behaviour that increases the likelihood of those outcomes. In the case of EI, the concern is that incentives to remain employed or to become reemployed will be mitigated by having access to insurance benefits. Simply put, making it easier to qualify for EI benefits and increasing the generosity of those benefits exacerbates the risk of moral hazard with consequent increases in the unemployment rate and the average duration of unemployment.

The empirical evidence for Canada suggests that pre-COVID, the EI system erred on the side of encouraging labour market inefficiencies by encouraging and sustaining seasonal employment and repeated episodes of unemployment, particularly in Atlantic Canada. The system also indirectly subsidizes firms to use inefficient ratios of labour to capital by providing those firms with ready access to a continuing available pool of temporary workers who can afford to work in temporary jobs because they receive unemployment benefits.

By calibrating eligibility for EI benefits and the generosity of those benefits to regional unemployment rates, the EI system also creates significant inequities. In particular, individuals who were formerly employed in the same occupations prior to becoming unemployed are treated differently depending upon where they reside.

Canada’s EI system could be made more efficient and arguably more equitable by making it more of an experience-rated system. Moving in this direction would involve calibrating EI premiums paid by employers and employees so as to reflect more closely historical claims made for EI benefits. Any such design change could be supplemented by initiatives to lengthen the working period required to file for EI benefits and to “front load” benefit payments. Such changes would promote reduced unemployment and shorten the average duration of unemployment by discouraging moral hazard in labour markets.

It must be acknowledged, however, that this redesign of the EI system might impose socially unacceptable hardships on lower-income individuals and families who experience unemployment. This latter concern might argue for a separate income-support program funded from general tax revenue that supplements EI benefits. In this regard, arguments can be made that special benefits currently funded by the EI program, such as parental leave, should also be funded by general tax revenues, especially if the EI program is made more of an experience-rated system of insurance.

The implementation of Unemployment Insurance Savings Accounts (UISAs) would be a substantial redesign of the EI program and could address the moral hazard problem confronting the program. UISAs are mandatory personal savings accounts into which employers and employees make payroll tax contributions. The contributions are the personal assets of the account holders. The funds accumulated through payroll taxes and deposited in individual savings accounts are invested in a diversified portfolio with interest and capital gains reinvested in the accounts. The management of savings account portfolios can be delegated to one or more qualified wealth management companies. Employees can withdraw funds from the accounts during periods of unemployment.

Since positive balances in a UISA account are personal assets (even including to the extent that they can be passed on to one’s heirs at one’s death), individuals should be motivated to remain employed and, if laid off, to engage in efficient search behaviour and thereby avoid extended periods of unemployment. An important issue would arise in the case of unemployed individuals with insufficient balances in their UISAs to support themselves adequately during periods of unemployment. One way to address this issue is to have a parallel program funded by general tax revenues from which benefits are paid to unemployed individuals with insufficient balances in their accounts. An alternative approach is to make low-interest loans to those individuals from the publicly funded program with loans repaid as individuals reaccumulate positive balances in their personal accounts.

Projections using relatively conservative forecasts of future investment returns suggest that the average Canadian worker would accumulate a positive balance in their UISA after five years of employment that would provide essentially the equivalent insurance coverage available under the existing EI program. While there are complicated implementation issues associated with any such substantial redesign of the EI program, Canada could be guided by the experiences of a number of countries that have implemented UISAs. Personal savings accounts would enable most Canadian workers to self-insure against unemployment and represent a feasible and arguably a more efficient alternative to the current EI system.