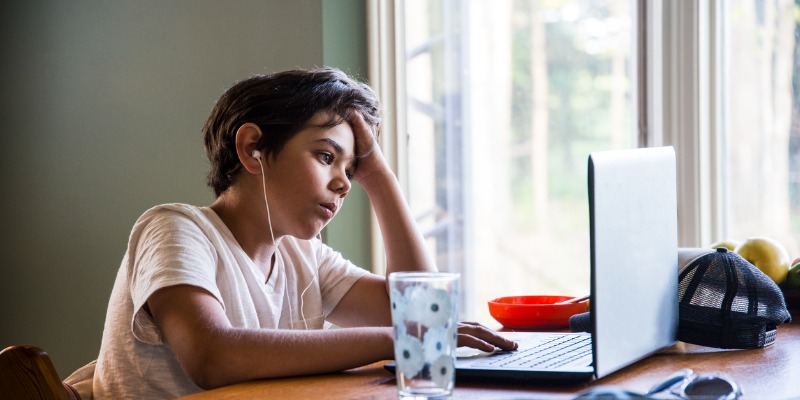 How much did COVID school closures hurt student learning? According to a new study, maybe more than expected.

Obviously, closing schools for more than brief periods will negatively affect students. We’ve known this for a long time from lower standardized tests scores after summer vacation compared to before. So again, the question is not whether closing schools for months during the pandemic harmed student learning, but by how much?

A new study from the U.S. National Center for Education Statistics (NCES) gives us the first answers for North America based on a nationwide assessment of nine year olds, mainly Grade 4, in reading and math (known as the Long-Term Trend assessment) from January 2020 to March 2020, just before school closures began in earnest, and again in January 2022 to March 2022. Some 7,400 students were tested from 410 schools across the United States; 92 per cent of the schools participated in both 2020 and 2022.

The results are sobering, if not predictable. From 2020 to 2022, the national reading score dropped by 5 points, the greatest decline since 1990. The math score fell 7 points, the first decline since these tests began in 1973. Score declines for boys and girls were roughly equal, but were more severe for other student groups, with math scores plummeting 10 points among students with scores in the lowest 10 per cent range but only 2 points for students in the top 10 per cent range.

Some 70 per cent of students reported learning remotely during the 2020/21 schoolyear (11 per cent couldn’t recall). This made a difference, with no decline in average reading scores for remote learners over the two-year period, and an insignificant drop of one point in math. Students that said they did not learn remotely while their schools were closed suffered losses of 9 points in readings and 10 in math..

Among self-declared remote learners, students who placed in the top quarter of scores said they had greater access to desktop computers, laptops or tablets all the time; a quiet place to work for at least some of the time; and had a teacher available to help them with math or reading schoolwork every day or almost every day. Students with scores in the lower quarter of the mark distribution reported significantly less access to computing devices, study spaces and teachers.

In short, remote learning cushioned the erosion of student learning, but did so primarily for students in well-resourced homes with teachers that were there for them.

That was the situation in the U.S. But what about Canada? It’s not unreasonable to assume the picture is much the same, although given the longer closures of schools in some districts, it could be worse. Unfortunately, we’ll likely never know. There’s nothing like the Long-Term Trend assessment in Canada, or the more extensive National Assessment of Educational Progress of which it’s a part.

The only national testing we have is the Pan-Canadian Assessment Program, which tests Grade 8 students in reading, math and science every three years. This will yield some insights into the effects of school closures when data from the planned 2023 assessment become available for comparison with the 2019 results, but that won’t be until sometime in 2024.

Canada should finally invest in an expanded program of national testing. If anything good can come from the pandemic, perhaps it’s that.