‘Eat local’ food movement doomed to fail in Ontario and beyond 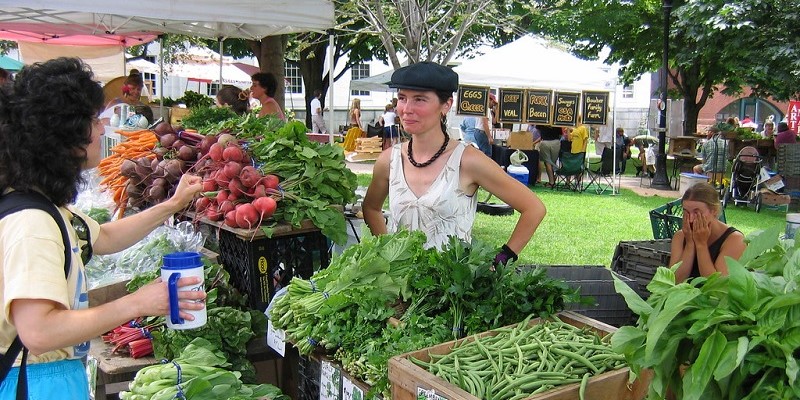 In response, the Ontario government—directly or through organizations such as Foodland Ontario, the Greenbelt Fund and the Trillium Foundation—supports several local food initiatives. And many government-funded institutions have also pledged to purchase more local food.

Unfortunately for taxpayers, the wishes of activists have clashed with reality. In recent years, vertical farms went bankrupt. Backyard chickens appeared in increasing numbers in animal shelters. Ontarians participating in community supported agriculture (CSA) arrangements—where you buy a share of a harvest in advance without really knowing what a farmer will send you—suffered from “supermarket withdrawal” syndrome and failed to renew their memberships. Authorities uncovered fraud at farmers markets.

Today, the “local food” movement is now mostly about connecting producers of expensive niche products with middle- and upper-middle class patrons, a far cry from the vision of fresher, more affordable food once promised by activists.

Of course, these problems were entirely predictable because activists never asked themselves why modern production and retail practices, along with the globalized food-supply chain, were developed in the first place. Nor did they ponder one simple question—why would anyone import food to Ontario if the local alternatives were better?

Regrettably, as noted in a recent study published by the Fraser Institute, local food activists bought and spread several demonstrably false myths. To list but a few.

Myth: Because it’s fresher, local food is tastier and more nutritious. Reality: Sometimes yes, sometimes no. And crucially, barring massive investments in fossil-fuel heated greenhouses, fresh food is only available for short periods of time each year in most locations including Ontario. By contrast, the globalized food-supply chain delivers “permanent summertime” by importing food from producers in different latitudes who harvest what they grow at different times of the year. Furthermore, produce grown specifically for freezing and canning by large companies is typically picked in its best state and, depending on the commodity, freezing and canning processes often preserve nutrient value better than refrigeration.

Myth: Locally-produced food is more environmentally-sustainable because it travels shorter distances (or “food miles”) and therefore generates fewer greenhouse gas emissions from transportation. Reality: The notion of “food miles” is a meaningless environmental indicator. Among other problems, producing food requires much more energy than moving it around especially when significant amounts of heating and/or cold-protection technologies, irrigation water, fertilizers and pesticides are required to grow food near consumers. In such circumstances, reducing “food miles” implies a greater environmental footprint due to the use of additional inputs in less-suitable locations. The distance travelled also matters less than the mode of transportation. For example, moving food halfway around the Earth on a container ship often has a smaller footprint (per item carried) than a relatively short distance by truck. Importing food from different latitudes further reduces the waste and energy expenditure inherent to preserving local food.

So despite enthusiasm and good intentions, the vision of many local food activists is doomed to fail. The best way to make our food more affordable and sustainable in Ontario is paradoxically to globalize our food supply even more.