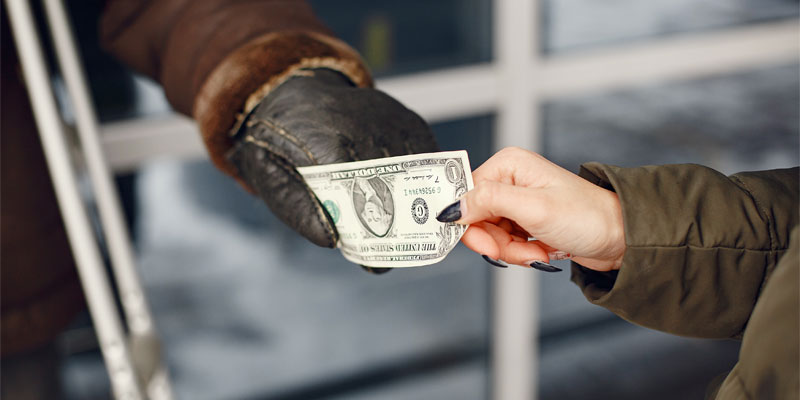 Interestingly, some economists have pointed to the level of government spending. The more government spends on welfare, education, environmental conservation and so on, the less people feel obliged to donate privately to these causes. This partly explains why in the United States, where total government spending is lower than in Europe and Canada, there’s relatively more charitable giving.

But even in the U.S., charitable giving is not as high as it once was. The period of the greatest charitable activity, famed economist Milton Friedman often pointed out, was the second half of the 19th century—the heyday of laissez-faire capitalism, when total government spending was less than 10 per cent of GDP.

There was a significant expansion of government spending in the 20th century, however, and the costs extended far beyond higher taxes and government debt. “One of the worst things, in my opinion, that has happened as a result of the welfare state,” said Friedman, “is the destruction of private mechanisms” for promoting charitable activity.

In the Concise Encyclopedia of Economics, Russell Roberts identifies the Great Depression as the key watershed moment in the shift from private charity to government welfare. In 1929, a dramatic expansion of welfare spending meant charities “could no longer successfully compete for donations with a federal government that could compel ‘donations’ via the tax system.” If governments today returned some of the responsibility for poverty alleviation to the private sector, Roberts writes, private charity “would certainly increase.”

The dollar offset would not likely be one-for-one—perhaps not even be close. But that doesn’t mean a retrenchment of government welfare spending would leave the poor worse off. In general, private charities, by virtue of having to compete for donations instead of being able to compel them, spend money far more wisely and effectively than governments.

Government’s administration of welfare is overly centralized, with bureaucracies spending massive sums of money on people who are not poor. Friedman estimated in 1978 that if all government welfare measures in the U.S. were abolished and the money was instead simply disbursed to everybody the government defined as poor (about 12 per cent of the population at the time), it would be enough to put all those poor people into the top 20 per cent of the income distribution spectrum.

Finally, far from achieving public good, many government welfare programs cause active harm. One of the most pernicious design flaws of welfare systems in Canada and around the world is that many low-income recipients of government aid face exorbitant effective marginal income tax rates (sometimes above 100 per cent) because if they increase their incomes, government benefits are withdrawn. As a result, many welfare programs discourage work, encourage dependence on government, and trap people in poverty for the long term.

If we really want to help the poor and increase generosity, governments—including in Ottawa—should retrench and leave more resources and more responsibility in the hands of the private sector. Government programs are too often counterproductive and erode private efforts that are much more effective in helping people who actually need it.