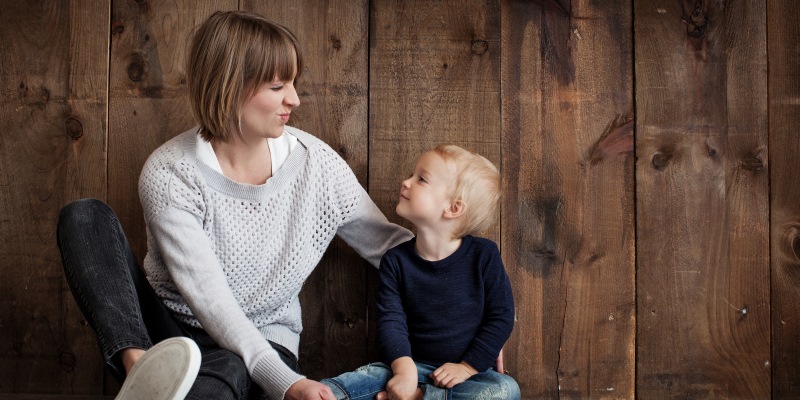 A look at effective tax rates across provinces shows something striking. Many low-income families in Canada take home 40 cents or less on the additional dollars they earn.

The marginal effective tax rate—which accounts for how much you pay in additional income taxes and lose in federal and provincial transfer benefits when you earn an extra dollar—is highest for families earning modest incomes. This is concerning from a policy perspective, given how the tax and transfer system changes the incentives for individuals and families to take on productive income-earning work. Currently, marginal effective tax rates (METRs) across provinces offer very low net-of-tax returns to earnings in the low- to middle-income range, reducing incentives and possibly discouraging Canadians, from earning extra income. 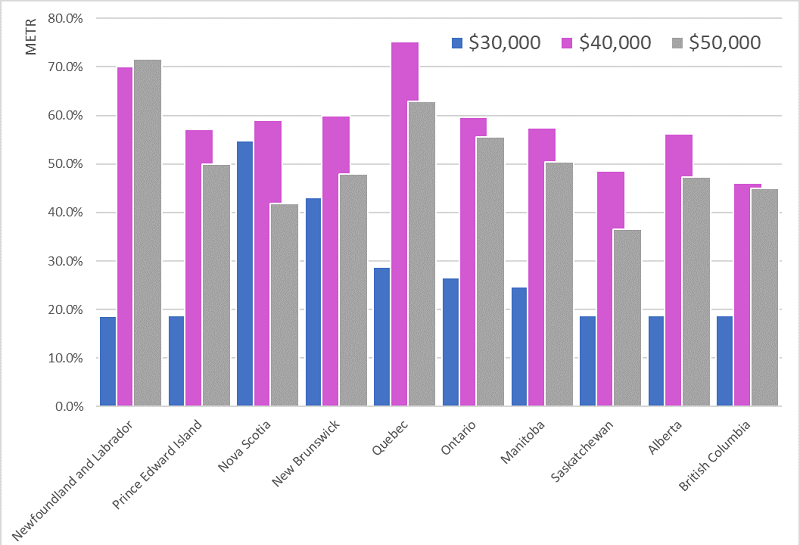 For a family of four with two earners and two children earning roughly $40,000, the METR on additional earnings exceeds 50 per cent in Prince Edward Island, Nova Scotia, New Brunswick, Ontario, Manitoba and Alberta. This same family would face a METR exceeding 70 per cent in Quebec and just shy of 70 per cent in Newfoundland.

Conversations and analyses on the personal income tax system in Canada tend to focus on statutory tax rates—the progressively tired system where incremental income is taxed at increasingly higher rates. But in assessing the overall impact of the tax-and-transfer system on individuals and families, the statutory rate on income is only part of the story. The real question is how much money do we bring home when we earn an additional dollar at work?

To answer this question, we must account for all income-tested transfer benefits such as the federal Canada Child Benefit or Alberta’s Family Employment Tax Credit. Because these benefits are reduced—clawed back—as additional income is earned, we factor in these reductions in addition to statutory income taxes, because both reduce the amount of money that actually makes it into an earners pocket.

We can think of it like this—when a dollar earned at work triggers higher taxes and simultaneously reduces benefits, what is left to spend or save? This the net-of-tax-and-transfer earnings, and it’s the result of complex interaction between earnings, transfer programs, tax credits and taxation of income.

As net-of-tax-and-transfer earnings fall below 50, 40 and even 30 cents on the dollar, we must ask how an individual’s incentives to seek additional earnings are affected. When net-of-tax-and-transfer earnings are significantly diminished, producing 40 cents of spendable income for every dollar earned, how many Canadians will respond and take on additional hours.

In surveying the current METRs across provinces, one arrives at the unavoidable and troubling conclusion that individuals and families with relatively modest incomes face extremely burdensome effective tax rates, often higher than those in the top-income brackets.

This is troubling because numerous international economic studies suggest that such high rates undoubtedly diminish incentives to seek additional income and, by extension, likely create barriers to upward mobility. This dynamic disproportionately affects women, especially mothers who are often the secondary earner in a family.

This is a problem with clear solutions. Low-income individuals and families facing high METRs would benefit from lower claw-back rates on their income-tested transfers, higher-income thresholds before they face reductions, an increase in the basic exemption amount on earned income, and lower statutory tax rates on employment income they earn. All these would push down those peak METR rates.

And all of those remedies mean less tax revenue or higher benefit spending by governments. And when governments are fiscally pinched, they’re tempted to push the tax burden onto other groups, with potential political costs.

Given the tradeoffs and the costs involved, high marginal effective tax rates on families with low and modest income will be a continuing challenge in Canada. We should, however, be aware of the issues and keep governments on their toes when they propose increasing benefits or tax rates without an eye on the bigger picture.