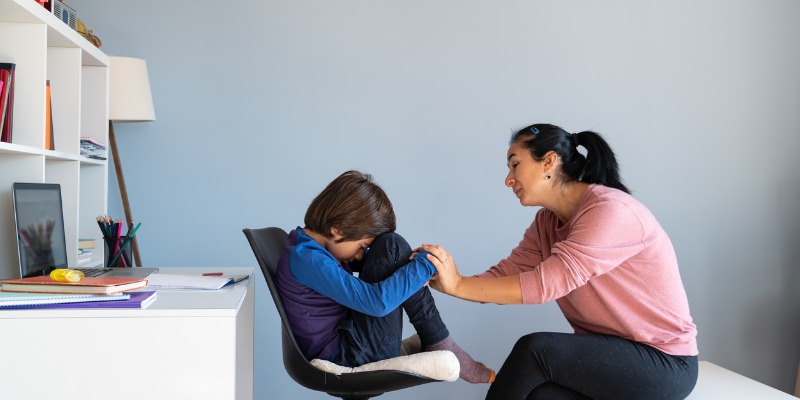 As New Brunswick parents grapple with yet another round of school closures, most believe their child has fallen behind in school during the pandemic, according to a new Leger poll (commissioned by the Fraser Institute). The poll conducted 1,204 interviews with a representative sample of parents in Atlantic Canada and across the country.

Think for a moment about a class of 25 kids. Consider the impact on classrooms where, according to this poll, a significant percentage of parents believe their child has fallen behind. Conversely, only 37 per cent of parents in the region say the pandemic and associated government policies have had a minimal impact on their child’s education. And it’s not only parents who are sounding the alarm—the superintendent of the Anglophone South School District has also voiced concerns about learning gaps during COVID.

So how did we get here?

In response to the pandemic, provincial governments across Atlantic Canada closed schools in March 2020. Between then and May 2021, elementary and high school students in New Brunswick missed 16 weeks of in-class time, the most prominent disruption among many (including a recent teacher strike) that have plagued education in the province throughout the pandemic.

Now, after an extended Christmas break, the Higgs government announced that students will move to online learning beginning Jan. 11 until at least Jan. 21, citing COVID concerns. This means New Brunswick students will soon have missed at least 20 weeks of in-class learning in less than two years, not including snow days or cases where individual students were forced to isolate at home, due to provincial COVID policies. After Jan. 21, the government will reassess situation.

In British Columbia, where rates of independent schooling are highest, only 11 per cent of parents say their child has fallen behind during the pandemic and their school has no plan to catch them up. In most provinces outside of Atlantic Canada, it’s more affordable for parents to choose independent schools because provincial governments allow a portion of parents’ tax dollars to follow their children to schools of their choice. In New Brunswick and across Atlantic Canada, most parents have little choice and must send their children to their local public school.

Given the amount of time parents have spent with their children at home supporting their learning over the past two years—that is, the parents who have been able to do this—it’s critical that the government listens when parents say their children have fallen behind.

Moreover, learning loss is only one of the many downsides of school closures. Research from SickKids Hospital in Toronto showed that a majority of children and youth reported declining mental health during COVID lockdowns, with a strong connection between the amount of time spent online learning and increasing symptoms of depression and anxiety in school-aged children. During the pandemic, participation in school extracurriculars and sports declined, and a lack of access to academic support, nutrition programs and counselling also contributed to worsening mental health outcomes in children, according to SickKids.

In February 2019 (essentially pre-pandemic), Education Minister Dominic Cardy raised concerns about New Brunswick’s large number of snow days for students compared to snow days in other provinces. “I do want to have a policy to make sure,” he said, “that we’ve got our students in front of teachers as many days as possible.” Indeed, balancing the negative impacts of school closures is just as important today.

The majority of New Brunswick parents feel their child has fallen behind due to the pandemic and associated government policies, and now kids are losing even more in-class time. If Premier Higgs and Minister Cardy persist with school closures, they must explain to parents how they will address learning loss. Otherwise, today’s closures will negatively affect New Brunswick children for years to come.