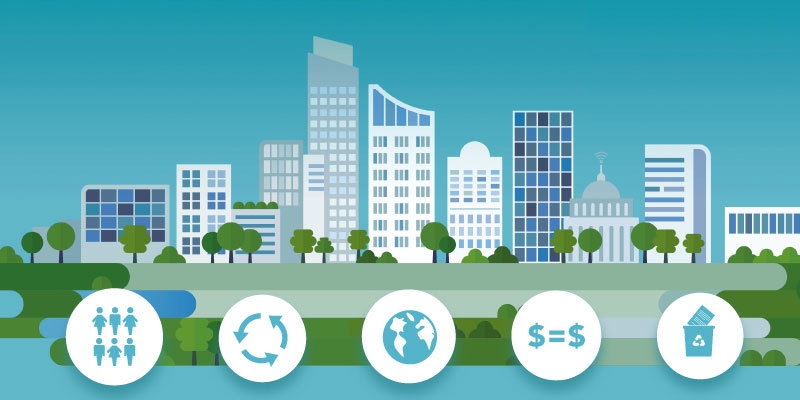 One of the most important tax policy debates in Canada and Alberta specifically concerns “carbon pricing”, that is, the government’s imposition of an extra cost on activities that release carbon dioxide. Two common mechanisms of carbon pricing are a cap-and-trade program (in which the government issues tradeable permits that allow for the emission of a certain amount of CO2) or a straightforward carbon tax.

Alberta has had carbon pricing in some form since 2007, when the Specified Gas Emitters Regulation (SGER) framework required reductions in emissions intensity for all large emitters. In November 2015, the government of Alberta introduced the Climate Leadership Plan (CLP), which broadened the scope of the provincial carbon tax, and contained specific objectives on emissions and electricity generation. In fiscal year 2018/19, Alberta’s carbon levy is expected (at a price of $30 per tonne) to raise $1.4 billion. A further scheduled increase to $50 per tonne in 2022 will substantially increase the burden of the carbon tax on businesses and households in the province, as would any additional changes beyond that.

Although there is justifiable concern over the potential harms from climate change, policy makers and the public should also be aware of the economic consequences of carbon pricing. The potential environmental benefits of reduced carbon-dioxide emissions should be considered in the context of their economic cost. Unfortunately, carbon pricing implemented in less-than-global jurisdictions—such as individual countries or, even more so, individual provinces—suffers from the problem of “leakage”, in which some of the avoided emissions are merely displaced to other, less regulated jurisdictions. Thus, the jurisdiction with the carbon price suffers from reduced economic activity, while global emissions do not drop by the corresponding amount.

This study provides a review of the theoretical and empirical evidence on the impact of carbon taxes on economic performance with the object of helping to inform policy development in Alberta on this critical issue. Besides the limitations of carbon pricing at the provincial level, the specific details of the CLP ignore some of the basic lessons in the economics literature. For example, the CLP combines a carbon tax with specific objectives, such as an annual cap (100 megatonnes) on oil-sands emissions, and the goal of phasing out coal-fired electrical generation by 2030. Such supplemental goals undercut the logic of carbon pricing, in which policy makers use a carbon tax to correct incentives and then allow the market to find the least-cost methods of reducing emissions.

Another problem with the design of the CLP is that it uses the receipts of its carbon tax to fund “green” projects, rather than using the funds to minimize the impact of higher prices on consumers. Furthermore, even to the extent that the CLP does include rebates to help poorer households and other vulnerable groups cope with the impact of a carbon tax, these reimbursements come in the form of lump-sum payments. This approach may be laudable for equitably distributing the economic burden of a carbon tax, but lump-sum rebates make carbon taxes more economically inefficient. The standard findings in the economic literature are that only devoting carbon-tax receipts to reductions in capital taxes can offset the economic drag of a carbon tax; other revenue-neutral designs, including lump-sum rebates, reduce conventional GDP below what it would otherwise be in the absence of a carbon tax.

In its current form, Alberta’s Climate Leadership Plan will reduce the province’s economic growth at a far higher cost than necessary to achieve a very modest impact on global climate change. As such, the best option is arguably to eliminate carbon pricing at the provincial level altogether. However, especially in the context of a federal “backstop” carbon price, at the very least the Alberta government should revise its approach to carbon pricing to eliminate the most economically destructive elements of the CLP. Specifically, any carbon tax should be truly revenue-neutral (that is, with no additional spending on programs, even if designated as “green”), with the receipts ideally used to reduce the marginal rates on other taxes. Furthermore, a carbon price ostensibly corrects for any “market failure” in business and household decisions, and therefore it should not be supplemented with additional targets for emissions or renewable energy.