Changes in Economic Freedom in Venezuela, Ireland, and the United States 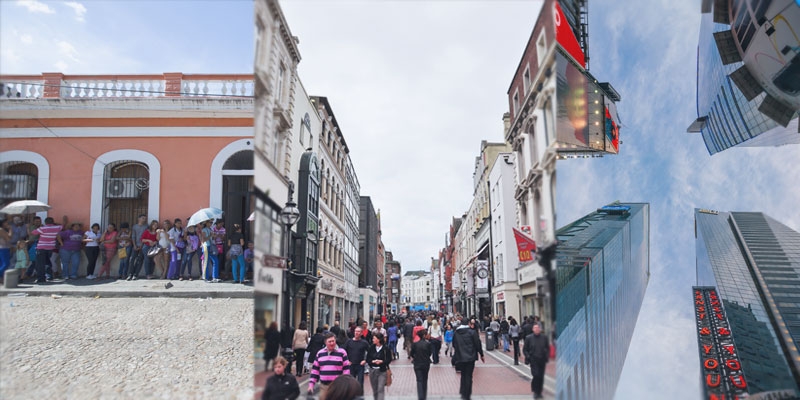 Venezuela has experienced a lengthy decline in economic freedom that started long before Hugo Chavez assumed the presidency in 1999. But Chavez, his United Socialist Party of Venezuela, and successor, Nicolás Maduro, have presided over a continued stunning slide in economic freedom that landed Venezuela in dead last place from 2010 to 2014 among the approximately 150 countries ranked in the index published in Economic Freedom of the World (EFW). This has created an immense human tragedy for the people of Venezuela who suffer runaway inflation, lack of even basic medicines and food (except for the politically connected), hunger, riots, and soaring crime, with Caracas taking its place as the murder capital of the world.

Ireland, on the other hand, is a good news story. Ireland has had a moderately high level of economic freedom all the way back to the initial year of EFW data in 1970. Significant reforms were initiated in 1986/1987, pushing Ireland’s EFW rating sharply upward to around 8.0. Ireland entered the top 10 in 1995 and it has remained there except for a couple of years following the financial crisis of 2008.

While the reduction in economic freedom of the United States has been moderate relative to that of Venezuela, the decline has been substantial since 2000. As in Venezuela, the drop has been a non-partisan affair. The high-water mark in economic freedom came in 2000 with a score of 8.65 and a rank of second place, just below Hong Kong. The decline has been steady since. In 2010, the United States fell out of the top 10 and its ranking is now in the mid-teens.