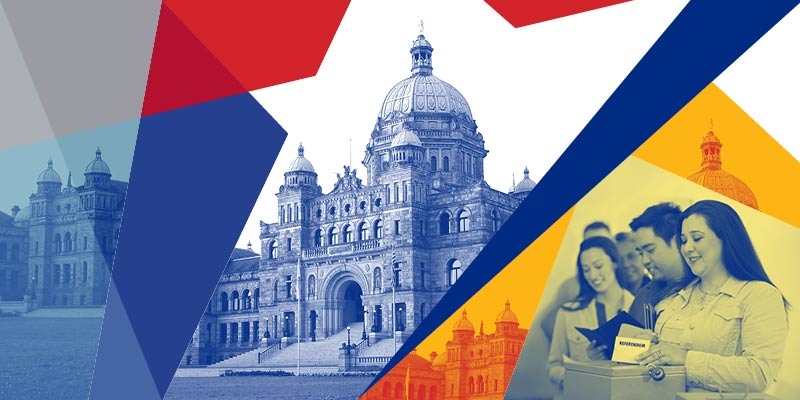 Electoral reform has been a recurring theme over the past two decades in British Columbia. On November 30, 2018, the province will begin counting the postal ballots on the third referendum on the subject. This series of essays written by Lydia Miljan, Taylor Jackson, and Geoffrey Alchin, reviews the referendum process starting with best practices for designing a ballot question and ending with the consequences of proportional representation on the size and composition of legislatures, as well as the fiscal policy impacts.

To ensure a meaningful and legitimate mandate, the essay recommends that the BC government follow the New Zealand example and have two referenda on electoral reform. Referendum 1 would have two questions: the first would ask whether there is an appetite for change; the second would ask which system the public would like to change to. Referendum 2 would offer a choice between the existing system and a new electoral system that has been developed for British Columbia. (The latter option would contain all details including electoral boundaries and rules regarding coalition and minority governments.) By separating the question of reform from the type of system, the government will have the information it needs to proceed with a new electoral system should voters opt for a change.

The second essay, “Proportional Representation in Practice: An International Comparison of Ballots and Voting Rules,” finds that any replacement of BC’s current First-Past-The-Post (FPTP) electoral system with a form of Proportional Representation (PR) will require trade-offs, an understanding of the impact that such changes will have on the way votes are counted, and what impact the new system may have on the legislature and the party system.

The essay looks at the institutional characteristics of three systems that are potential replacements for the simple plurality or FPTP system: Party List Proportional, Mixed Member Proportional (MMP), and Single Transferable Vote (STV). There are undeniable strengths in each of the three systems, but all are found wanting in British Columbia given the province’s political realities. Replacing BC’s current FPTP electoral system will require trade-offs from both voters and elected officials and both will also need to clearly understand the impact that such changes will have on the way votes are tallied and apportioned to each party.

The third essay, “The Impact of Proportional Representation on British Columbia’s Legislature and Voters,” finds that changing British Columbia’s voting system to a form of proportional representation would give rise to smaller, single-issue parties, would lead to more coalition governments, and would increase uncertainty in Victoria. The paper uses an analysis of election data from 30 countries between 2000 and 2017 and finds that PR systems have more minority governments, more political instability, more polarization, and more frequent elections than systems where elections are determined by simple plurality or FPTP. Despite claims by its proponents to the contrary, PR electoral systems often lead to poorer representation of voters’ views, while also making it more difficult for citizens to hold their politicians to account.

The final essay, “Electoral Rules and Fiscal Policy Outcomes in British Columbia,” demonstrates an intermediary effect of electoral systems: the number of political parties elected. The higher number of elected parties under PR electoral rules—and thus a more fragmented legislature—also leads to a much higher probability that a coalition government will need to be negotiated and formed. Smaller or even fringe parties in PR systems are able to wield a disproportionate amount of power at the expense of the preferences of the majority of voters who did not cast a vote for such parties.

The tendency of PR electoral systems to elect coalition governments is a serious consideration when weighing the benefits and costs of various electoral systems. Plurality or majoritarian electoral systems such as the system BC currently has, by contrast, typically elect single-party majority governments. The literature clearly suggests that a move from BC’s First-Past-the-Post electoral system to a PR system would likely increase both government spending and deficits.