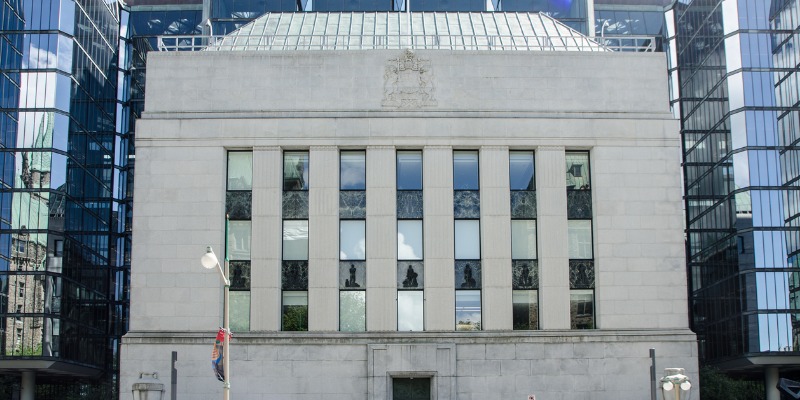 Earlier this month at a conference on “diversity and inclusion” organized jointly by the Bank of Canada, the U.S. Federal Reserve, the Bank of England and the European Central Bank, Tiff Macklem (governor of the Bank of Canada) said that creating an inclusive recovery was fundamental to the central bank’s role in helping manage the economy and that ignoring entrenched inequalities holds back some people—and some economies—from realizing their full potential. His comments echoed those earlier in the conference by Jerome Powell, head of the Federal Reserve.

Macklem’s comments triggered criticism from several quarters including from Conservative Party Leader Erin O’Toole who said the central bank should focus on inflation-targeting and nothing more. In response, Macklem said that creating an inclusive economic recovery from the pandemic was already part of the Bank of Canada’s mandate. Indeed, Macklem delivered speeches earlier this year about how diversity and inclusion were critical to the central bank’s success and expressed concern that the bank’s policy of quantitative easing (when the bank buys government debt to increase the money supply) might contribute to an uneven distribution of wealth.

And he’s basically correct. Monetary policy can affect the distribution of wealth and income. For example, negative real interest rates benefit borrowers at the expense of lenders, and homeowners with mortgages relative to renters. To the extent that homeowners have higher incomes and greater wealth (on average) than renters, and to the extent that the wealthy can borrow money more easily and cheaply than the less wealthy, expansionary monetary policy can contribute to greater income and wealth inequality in society.

Finally, Lael Brainard, governor of the Federal Reserve, has said that despite the bank’s previous strategy to minimize deviations from “maximum” employment (that is, the lowest unemployment rate an economy can sustain while maintaining a stable inflation rate), monetary policy will now seek to eliminate shortfalls from maximum employment. This new monetary policy framework effectively eliminates the Federal Reserve’s numerical estimation of the long-run normal unemployment rate and instead sets a maximum level of employment target using a broad-based range of indicators of economic growth.

On the surface, it would seem the U.S. central bank has simply substituted the target of “maximum employment” for the target of “normal unemployment” as a guide to monetary policy. Since both metrics arguably change over time and are difficult to measure precisely, it’s unclear why the Bank of Canada embracing a similar change would reflect a significant departure from its long-standing inflation-targeting framework.

Put differently, if the goal is to keep inflation at 2 per cent per year (essentially, the Bank of Canada’s goal), is it better for the bank to use the normal unemployment rate as a guideline for monetary policy, or to use maximum employment? Perhaps central banks are more likely to overestimate the non-inflationary potential output of their economies on a systematic basis using the maximum employment target, although there’s no obvious explanation for why this should be the case. A different and possibly more relevant concern is that (whatever guideline is used) central banks will increasingly implement non-traditional policy instruments to redistribute income and wealth, and that any such change will harm economic efficiency and therefore reduce the growth rate of non-inflationary potential output.

For example, in pursuit of greater equality of income and wealth, central banks might rely more on their regulatory prerogatives and, for example, direct chartered banks to increase lending to commercial borrowers from underrepresented communities rather than use traditional open market operations to lower interest rates more generally. Similarly, central banks might encourage banks to do more mortgage lending to lower-income borrowers by making capital requirements for banks less-stringent on such mortgages, which may stir memories of the 2008 financial crisis.

Going forward, as central banks muse about implementing non-traditional monetary tools to promote greater social equity, key questions must be answered about whether such tools are the most cost-effective way to address wealth and income inequalities in society.