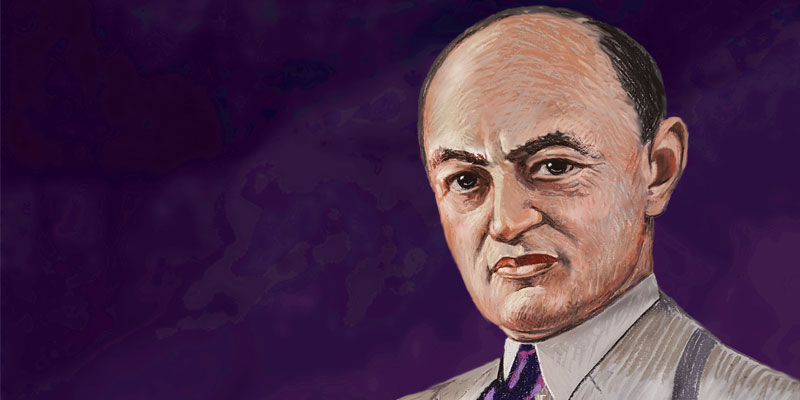 As more and more Canadians, and indeed people around the globe, focus on how best to foster economic recovery from one of the deepest recessions in history, the ideas of economist Joseph Schumpeter should be front and centre.

Joseph Schumpeter is best known for popularizing the term “creative destruction”—the process where new innovations arise and cause the old way of doing things to disappear. This perennial gale, as Schumpeter described it, is the foundation for economic progress. Simply put, the creativity, innovation, ingenuity and diligence of entrepreneurs is at the heart of prosperity.

For economies to grow and prosper requires the decentralized efforts of entrepreneurs, in the pursuit of profit, experimenting with new combinations of productive resources including raw materials, labour and perhaps most importantly ingenuity. This process of trial and error, with the profit and loss system providing feedback on the quality of the entrepreneurial ideas, is the engine leading to a brighter and wealthier future.

Second, ensure markets are contestable, meaning their open to competition from new and existing firms. This means avoiding or removing government-erected barriers that protect incumbent firms from the entry of new competitors. Third, let the profit and loss system work—don’t subsidize failing firms or play favourites with certain industries.

These barriers to entrepreneurship and innovation are significant in Canada, but this offers an opportunity for reform now to foster economic growth. Economist Vincent Geloso recently estimated that more than one-third of the Canadian economy is protected from competition through a variety of government mechanisms including limits on foreign firms, government monopolies and licensing requirements, to name but a few.

One such barrier—government restrictions on companies in one province selling into other provinces—should be top of the list for reforms. After all, one of the reasons for Confederation was to promote trade within the new country. University of Calgary economist Trevor Tombe has studied interprovincial trade barriers extensively and concluded that removing the barriers and allowing firms to compete across provincial boundaries could increase the Canadian economy by between $50 billion to $130 billion annually.

Other examples of barriers to entrepreneurship include preferential tax treatment, direct subsidies from government, and beneficial regulations for particular sectors and industries.

As Josef Schumpeter first realized in the 1920s, limitations on entrepreneurs will have costly implications for both short and long-term economic growth and prosperity. The lessons of Schumpeter are perhaps more timely now than ever given that Canada and the world desperately need economic growth. The answer is not more barriers (which include subsidies) but rather opening up markets to entrepreneurial competition.