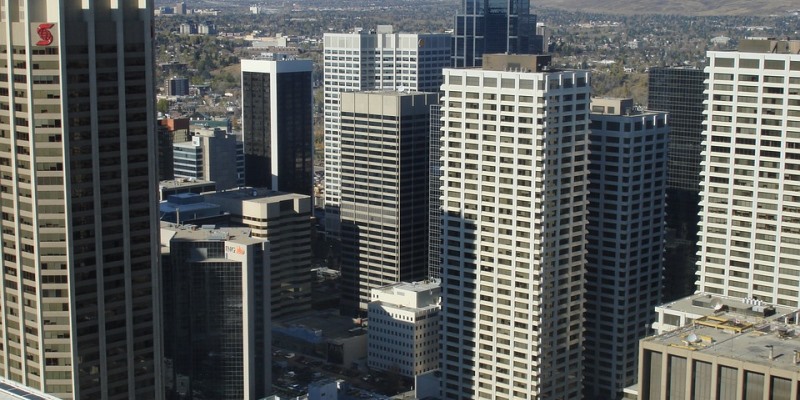 Several news reports have documented the bleak reality for office vacancy rates in Calgary. According to one CBC report, office vacancy is as high as in 2008, with nearly 28 per cent of offices in the city core vacant. The vacancy rate remains high despite the fact oil prices have rebounded significantly: Western Canada Select was trading at US$52.10 at the end of June, up from a low of only US$16.30 in February of 2016.

So over a quarter of the offices in Calgary’s downtown are empty, at a time when the oil industry is expected to return to profitability this year, and Canadian Natural Resources, an oil and gas company, is poised to resume growth of its oilsand production? What might account for the lack of regrowth in office vacancies downtown?

Perhaps because Alberta has chosen to throw away the tax advantage that had helped to draw top talent to Alberta. A recent Fraser Institute study showed that in three areas of tax policy, Alberta long held an advantage over other Canadian jurisdictions: personal income taxes, corporate income taxes and sales taxes. All but the last advantage has been erased.

The Fraser researchers also found that prior to the tax changes, Alberta had the lowest combined federal/provincial/state tax rate out of 60 Canadian and American provinces and states. After the provincial changes (coupled with federal tax policy changes), Alberta’s top personal rate dropped to 46th in that ranking. Make that two out of three advantages gone. Again, the only remaining advantage is the lack of a provincial sales tax.

Alberta has also implemented a regulatory cascade that has badly eroded investor confidence in the province, as shown in a separate Fraser study, which surveys top energy executives to assess the hospitality to investment in oil-producing jurisdictions around the world. According to these executives, Alberta is second to last (behind only B.C.) in how its policies (including its tax regime) are perceived to attract investment.

The decline in jurisdictions coincides with the fall of oil prices, and large churn among energy executives around the world. About half of survey respondents explicitly mentioned taxation and fiscal terms (royalties, etc.) as deterrents to investment. Over 60 per cent responded that environmental regulations pose a deterrent to investment, and roughly 70 per cent said the cost of regulatory compliance in Alberta would deter them from investing.

Is bad tax and regulatory policy the only factor keeping that hollow feel to Calgary’s downtown core? Almost certainly not, as such issues have many causes. However, it’s hard to see how throwing out Alberta’s tax advantage, and injecting vast uncertainty into the future of oil production in Alberta (e.g, an oilsands emissions cap, “Climate Leadership Plan,” royalty review, methane emission reductions, etc.) can be of any help.