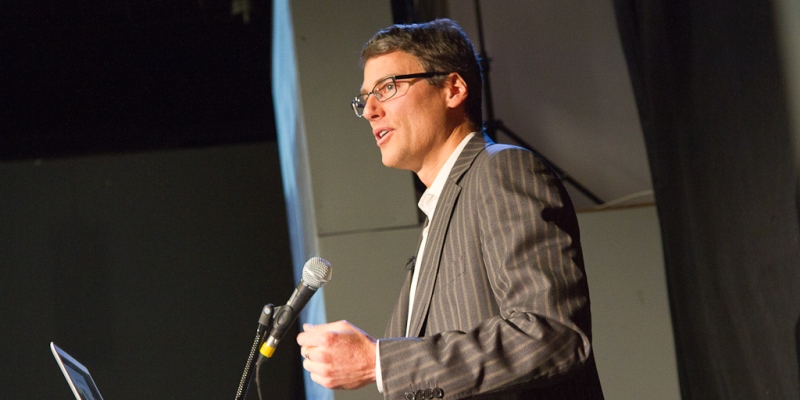 Not content with his ongoing opposition to the Kinder Morgan Trans Mountain expansion pipeline at home, Vancouver Mayor Gregor Robertson (pictured above) is now agitating against the project in the United States. “I don’t think this project will go—I really don’t—based on the resistance on the ground,” said Robertson, in an interview with Bloomberg. “I don’t think the resistance on the west coast is going to fade—I think it will only intensify… escalation looks likely.”

The mayor, with his militaristic jargon, also believes that Canada’s must “get off of fossil fuels,” adding that he believes Alberta’s oil and gas sector represents only a “tiny fraction of the overall economy and job count” in Canada.

These statements are dubious, in more than a few ways. First, Mayor Robertson steers clear of the evidence, which indicates more Canadians (and even more British Columbians) now support the Trans Mountain project. For example, according to a Nanos Research poll released this week, a majority of Canadians—six in 10—support enlarging the capacity of the pipeline, which runs between Alberta’s oilsands and ports in British Columbia.

Another poll released in April by Angus Reid found that the majority (54 per cent) of B.C. residents now favour the project—that’s a six-percentage point increase compared to polling results in February. And the same poll found opposition to the project has dropped from 40 per cent of B.C. residents to 38 per cent.

So while public sentiment seems to belie Mayor Robertson’s contention that the “resistance” will “intensify,” his misrepresentation of the role oil and gas play in the Canadian economy may be more egregious—and more easily refutable.

First, according to data from Natural Resources Canada, Canada’s energy sector employed (both directly and indirectly) 884,000 people in 2016—that’s at least 200,000 more than the entire population of Vancouver. Crucially, roughly 16,000 of those employees are aboriginal.

Second, Canada’s energy sector accounts for almost seven per cent of Canada’s GDP (the value of all goods and services produced in the country), rising to 10 per cent if you include indirect activities. The largest share of government revenue, an average of $19 billion over the last five years, was collected from the oil and gas industry. The energy sector also accounted for 18 per cent of Canada’s exports in 2016, generating a $50 billion trade surplus. And this sector accounted for 29 per cent of total investments of non-residential investment and machinery/equipment in Canada.

The list of benefits to Canada from the energy sector could go on and on, but we’ll end with this: Alberta, the hub of Canada’s energy industry, disproportionally contributes to federal finances. Specifically, Albertans contributed $221 billion more to federal coffers than they received in federal transfer payments and services. That’s $221 billion to finance important government programs across the country.

Clearly, Mayor Robertson’s blithe dismissal of the economic and employment importance of Canada’s oil and gas industry can be disproven with a single visit to a government website. Of course, people in Vancouver have legitimate concerns about the Trans Mountain expansion pipeline project. Everyone, from Kinder Morgan to Alberta Premier Rachel Notley to Prime Minister Justin Trudeau has acknowledged those concerns, and gone the extra mile to address them.

But if Canada is to move ahead and retain the ability to build trans-provincial infrastructure, decisions by policymakers must be grounded in fact—not based on factually incorrect and cavalier dismissals of the livelihood of hundreds of thousands of Canadians and the many billions of dollars the energy industry contributes to Canada’s economy.