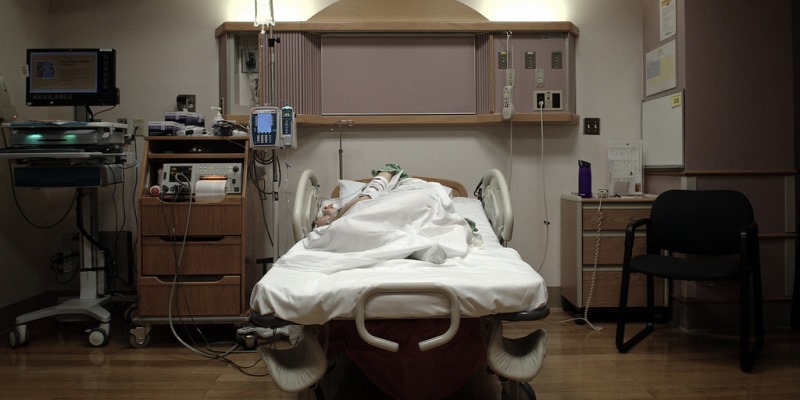 Perceptions about how much we pay for health care in Canada vary wildly. Some call it a “free” system. Some analysts (including yours truly) try to figure out how much we actually pay for it through taxes (for the record, the last estimate was about $12,935 for the average family of four). However, our health-care system has an additional cost—the time spent waiting.

While some of these patients endured their wait without too much inconvenience, many others were likely not as lucky. They waited in considerable pain and discomfort, unable to use their time productively. In the worst cases, patients may have actually experienced a deterioration in their health and faced poorer medical outcomes when they finally received treatment.

A recent study examined the economic cost of time lost while waiting for treatment—that is, the monetary value of lost productive time. Using wait time data, along with Statistics Canada’s data on wages and the proportion of patients reporting that waits adversely affected their lives (13.2 per cent), the study estimated a $2.1 billion cost to the economy in lost wages and productivity. That translates to $1,924 (on average) for each of the 1,082,541 patients waiting for treatment.

And that’s a conservative estimate, placing no value on time outside of hours during the work week. Of course, these hours in our lives—and our ability to spend them pain free, pursuing our hobbies and engaging with family—are valuable, too. After adding the value of time lost outside the work week (evenings and weekends) the cost rises to $6.3 billion or $ $5,860 per patient. And even this estimate excludes eight hours (for sleep) and the 8.8-week wait to see a specialist in the first place.

Some may argue that, while high, this is the necessary price to pay for universal health care. Nothing could be further from the truth.

Data from the Commonwealth Fund routinely indicate that other universal health-care countries such as the Netherlands, Switzerland, Germany, Australia and France have much shorter wait times for health care than Canada. For example, in 2016, 18 per cent of Canadians reported waiting four months or longer for elective surgery compared to only four per cent in the Netherlands, two per cent in France and zero per cent in Germany.

Of course, these countries also do universal health care differently. Unlike Canada, they embrace the private sector as a partner (or alternative), fund hospitals based on activity, and incentivize patients to use services responsibly by requiring co-payments (with exemptions for vulnerable groups including low-income individuals). By contrast, many Canadians (and Canadian policymakers) still view the private sector as antithetical to universal health care. We also continue to fund our hospitals based on global budgets determined by government and refuse to consider user fees that are commonplace elsewhere.

The result? Long wait times for treatment, paid for in time and pain by patients waiting for care they need.

In Canada, we rightly want to ensure that patients are not denied care due to financial circumstances, but so too should we want to ensure that ideological preoccupation with preserving the status quo does not deny timely access to that care. Clearly, other countries have figured out how to strike this balance better than us, and we should learn from them. In the meantime, however, Canadians will continue to pay the price for the stubbornness of those unwillingly to consider meaningful reform.