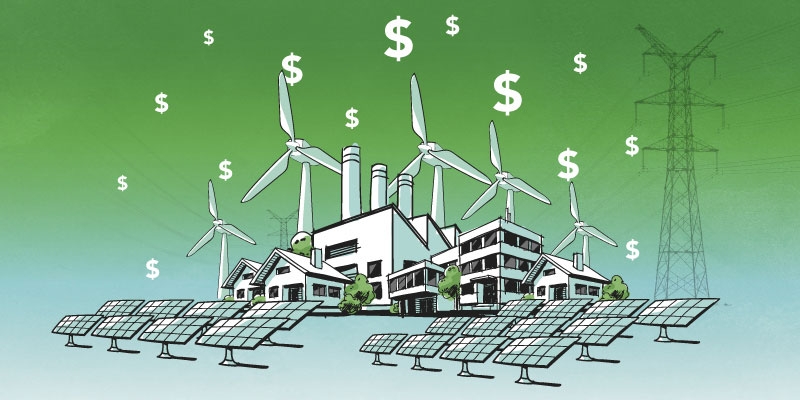 The cost of electricity has been a drain on Ontario’s economy and public finances for decades. Successive governments have meddled more and more in the market for electricity, with Ontario ratepayers and taxpayers paying for the resulting rise in electricity costs, according to my new study released yesterday by the Fraser Institute. Despite promises to fix the mess, Premier Ford’s government has continued the policy of directly setting electricity’s price without lowering its cost.

As long as governments in Ontario treat electricity as a tool to be manipulated for electoral purposes and avoid re-establishing the supremacy of market forces, ratepayers and taxpayers will continue to hemorrhage money. When the government lowers hydro rates below electricity’s cost, taxpayers lose; when prices rise toward its cost ratepayers lose. This no-win dilemma will continue until competition and market forces are unleashed to lower costs.

Governments in Ontario have long used hydro prices as electoral fodder, going back to the price freeze imposed by the NDP in 1994. Continued meddling by a succession of NDP, Progressive Conservative and Liberal governments led one academic as far back as 2005 to conclude “Ontario’s competitive market has been destroyed by the government.”

After 2005, government intervention only made things worse, culminating in the disastrous Green Energy Act of 2009 that guaranteed access and prices for renewable energy from wind and solar power. This substitution of government dictates for market forces in determining the source of energy had increasingly harmful results over the following decade. Fuelled by the high cost of renewable energy, Ontario’s electricity prices increased by 71 per cent between 2008 and 2016.

Rising electricity prices aggravated the 2008-2009 recession and slowed Ontario’s recovery. Without guidance from market forces, falling demand for electricity had an unforeseen and perverse effect on Ontario’s supply. With demand cratering so much the province could meet it with its nuclear plants alone, Ontario soon had a massive surplus of electricity, with capacity double its domestic needs. Because surplus power from wind and solar could not be stored it was dumped on nearby states at half the price charged Ontario customers. The province’s auditor general estimated that subsidizing exports cost $1.3 billion between 2005 and 2011. Worse, the low price for this power helped industries in nearby states become even more competitive vis-a-vis Ontario’s industries.

Desperate to win re-election, in 2017 the Wynne government slashed hydro rates. Because the cost of electricity remained high, however, cutting its price meant more subsidies from government and shifting the burden from ratepayers to taxpayers. Ultimately, according to Ontario’s Financial Accountability Office (FAO), this bit of electioneering will cost the government $45 billion over 29 years. The FAO left no doubt the government was playing a shell game: lower rates, it said, were “providing savings to eligible electricity ratepayers but a corresponding increase in costs to the Province.”

The government raised its costs even further by not issuing the debt required to subsidize hydro rates in its own name—this in a futile attempt to lasso its growing budget deficits. The auditor general concluded that “in essence, the government is making up its own accounting rules.” This deceit of not borrowing directly in the province’s name cost Ontarians $4 billion in higher interest rates.

It should by now be clear that the only way to cut the Gordian knot of Ontario’s electricity mess is to restore competition and market pricing, which would force costs down. Without lower costs, manipulating the price of electricity only shifts the burden back and forth between ratepayers and taxpayers, who are ultimately the same people.

Instead, the Ford government has continued the policy of paying renewable-energy producers exorbitant prices while cynically manipulating retail prices, depending on which way the political winds are blowing. It first raised prices in 2019 for households and especially for industrial customers. It then slashed them for households in response to the 2020 pandemic, before raising them again in June. The only positive development for taxpayers is that the province resumed directly issuing hydro debt, thus saving on interest payments.

Had Ontario relied on market prices to guide its energy choices, it would have avoided expensive wind and solar power, curbed government deficits, lowered electricity prices for households and industry, not subsidized hydro costs for its competitors, and prevented a serious erosion of public trust. Ontario’s electricity morass is a textbook example of what can happen when governments think their judgement is superior to market forces.