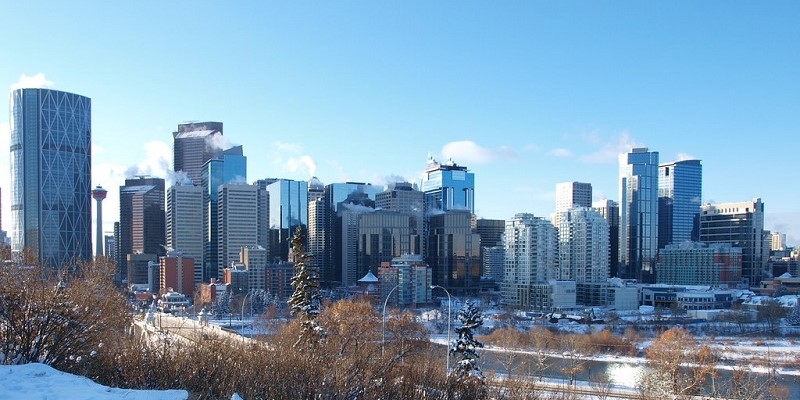 The Kenney government recently released its second budget since taking office. At the time of the budget’s publication, the government hoped to continue its gradual path back to budget balance by 2022/23. Unfortunately, the dual shock of COVID-19 plus a renewed oil price war has blown a major hole in the province’s finances. As a result, this year’s deficit will almost certainly be larger than projected a few short months ago.

The budget forecasted that Alberta’s deficit for 2020/21 would come in at $6.8 billion, slightly less than the previous fiscal year. As the chart below shows, it will be the province’s 12th deficit in 13 years. These chronic deficits through good times and bad have led to a roughly $70 billion erosion of the province’s financial assets, and that trend appears set to continue. 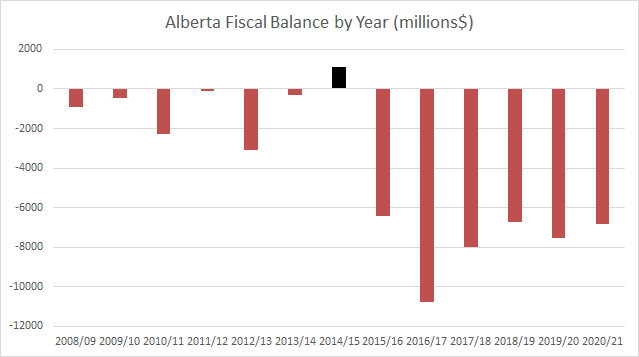 While the province projected a large deficit for this fiscal year, it’s almost certain to be worse. The tepid recovery from the province’s last recession left Alberta with stubbornly high unemployment, and many companies in difficult financial circumstances. A plunge in oil demand resulting from people around the world sheltering in place to avoid spreading COVID-19, combined with an influx of oil from Russia and Saudi Arabia, means that our most important export commodity likely won’t be as lucrative in the near future (though a new agreement on OPEC+ output reductions could certainly help, should it come to pass). As a result, the government will receive less revenue than the budget anticipated.

How deep and long the coming downturn will be is difficult to project. There are plenty of eye-popping estimates of the economic impact from this unprecedented shutdown of large segments of the global economy, but the range of possible outcomes is too wide to come up with reasonable estimates for any jurisdiction at this juncture. That is particularly the case for Alberta, given that the province faces a simultaneous threat to its energy sector in the form of rock-bottom oil prices. But what we can say with confidence is that the dramatic shift of circumstances since the budget means there will be a lot more red ink than initially feared.

The worsening budgetary circumstances are generally out of the government’s control. One could argue over the priorities set out in the last budget, but in reality, the government in Edmonton got mugged by circumstances. Albertans must brace for some really bad fiscal and economic news, and plan for what comes after the storm.