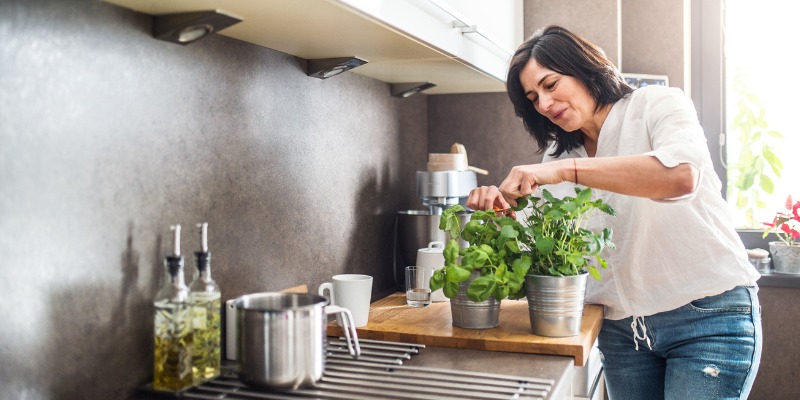 Little Shop of Horrors has become a staple of musical theatre. Several of the songs from the show have become Broadway standards. One of those is “Somewhere That’s Green” as sung by the female lead Audrey (played in the film by the fantastic Ellen Greene). Taking place in the early 1960s, the song is a classic “I want” ballad, with Audrey dreaming of a life away from her sadistic dentist boyfriend and the poverty of skid row, and a better future in the suburbs with Seymour, the male lead. The visuals of the film contrast the black and white and shades-of-grey world of skid row, including Audrey’s black and white dress, with the colourful and green world of the suburbs. To a 21st century viewer, Audrey’s emotional paean to suburban life seems quaint and simplistic, but there is a real story there about western progress that should remind us of the dangers of denigrating the suburbs and the suburban aspirations of the last several generations of North Americans.

The “Somewhere That’s Green” scene in Little Shop also makes a nice contrast with the way the suburbia of the 1950s and 60s is portrayed in other films. The excellent movie Pleasantville from a decade later also used colour and black-and-white to contrast the suburbs to the status quo of the 1990s, in that case by turning the 1950s sitcom version of the suburbs into a black-and-white world which only discovers colour when a visitor from the 90s breaks them out of their routine perfection with the energy and unpredictability of art, music, and sexuality. Looking back from the world of the 1990s, perhaps the world of the mid-century suburbs looks bland and boring, though it’s worth noting that Pleasantville’s version of that world was explicitly based on the way television portrayed it, which wasn’t always particuarly accurate. But looking outward and upward from the urban poverty of that same era, the world of the suburbs was, as Audrey’s song suggests, a world of colour, comfort and community.

It might be tempting to leave things there and note that what one sees depends upon where one stands. But there’s a deeper point in “Somewhere That’s Green.” Yes, Audrey and Seymour and the rest of skid row aspire to the very same suburbia that Pleasantville views with disdain, but Audrey’s listing of the various elements of that stereotypical suburban lifestyle of the early 1960s really do represent gains in the real standard of living of Americans at the time:

A matchbox of our own
A fence of real chain link,
A grill out on the patio
Disposal in the sink

Between our frozen dinner
And our bedtime, nine-fifteen
We snuggle watchin' Lucy
On our big, enormous twelve-inch screen

Compare that vision to the world in which she and Seymour live on skid row. Seymour lives in the basement of the flower shop at which he works with little more than a bed and maybe a bathroom to furnish it. Audrey is in a little better shape with what appears to be a nicer room in a rooming house, but she still lacks any of the appliances and conveniences that she dreams about in suburban life. They share with others not just a bathroom, but all of the creature and material comforts that modern Americans take for granted as being “our own.” Throw in the dirt, noise, and vagrancy we see depicted in the world of skid row and one can see how the peace and quiet of the suburbs would be an incredible improvement in the quality of their lives.

Part of what makes the song so amusing from our contemporary perspective is that things like garbage disposals, washing machines, and televisions, and the space for grills and patios and a lawn to mow, are so common, even among the poorest of Canadians, that we often take them for granted. We smile when Audrey floats through her “modern” kitchen as if it were the height of luxury, and chuckle when she caresses the stainless-steel toaster, somewhat baffled by how much they mean to her. But to the urban poor and new immigrants of the early and mid-20th century, what we now don’t think twice about as conveniences were the difference between a life of drudgery and one of comfort. And as Hans Rosling reminded us, the washing machine was especially important in freeing up women’s time in ways that enabled them to not just improve themselves, but to become full participants in economic and political life.

Although we don’t have very reliable numbers going back as far as the early ’60s, we can get a sense of that world through U.S. data from the early ’70s. In 1971, 71 per cent of all American households had washing machines and 44.5 per cent had a clothes dryer. Dishwashers were in only 18.8 per cent of U.S. households and only 43.4 per cent had colour TVs. Air conditioning was comparatively rare at 31.8 per cent and things such as microwaves, personal computers and the now long-outdated VCR were essentially non-existent. The things we now take for granted, some of which are even obsolete, were hardly to be found in every household 50 years ago, and even less so a decade before that when Audrey was dreaming of her suburban house full of them.

In one sign of our progress since that time, the comparable numbers for all U.S. households by 2005 were all significantly higher, with the microwaves and VCRs being over 90 per cent and even the personal computer at 67.1 per cent. And U.S. households below the poverty line in 2005 were more likely to have a dryer, a dishwasher, a refrigerator, a stove, a microwave, a color TV, a VCR, a personal computer, a cellphone, and air conditioning than was the average U.S. household in 1971. None of this, of course, accounts for changes in quality. American households are far beyond the “enormous twelve-inch screen” of early 1960s televisions.

Audrey’s deeply felt aspiration for a life of comfort in the suburbs may seem quaint to us now, but it was a genuine dream for several generations of westerners. And even though we take much of what she aspired to for granted in our own time, we should not lose sight of the fact that the bounty of 21st century life was not available to many as recently as 60 or 70 years ago. The suburbs and the material comfort and security we associate with them often take a beating from those who see them as the colourless world depicted in Pleasantville. The reality for city dwellers of the early and mid-20th century, however, was much closer to Audrey’s fantasy—the suburbs were the way up and out of the dreary world urban poverty and insecurity. The material goods that Audrey could only dream of have become staples of everyday life, including for the poor.

Audrey caressed that toaster as if it were everything she always wanted. Perhaps we should take a moment to at least give a nod to our household appliances in recognition of having obtained with ease what was, for so long and for so many, a mere hope and idle daydream.