Media bailouts will do more harm than good 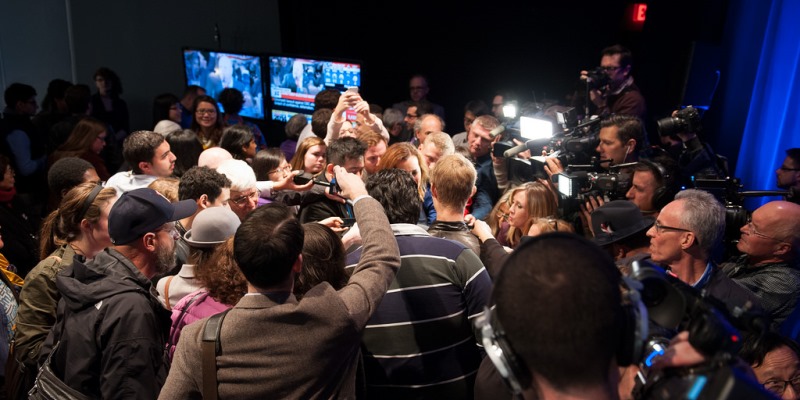 After Groupe Capitales Médias, which owns newspapers in Quebec such as Le Soleil, announced its serious financial difficulties in mid-August, numerous interest groups (involved in the world of journalism) and pundits said the government should provide subsidies to the media.

The Quebec government was quick on the draw, promptly announcing another loan to help the flagging media group. This will complement federal subsidies extended to numerous news media late last year. With the notable exception of one media mogul, few in Quebec have voiced any concern with the idea of media subsidies.

The core argument, presented by many of those in favour of government support, is that the media remains a fundamental pillar of democracy. Without that pillar, voters would be less-informed and politicians could more easily escape with wrongdoings.

But what about the incentives generated by subsidies?

Perhaps government support should not be offered exactly because of the crucial social role the media plays.

First, news media can act as a check against corruption. Even small local newspapers can have this effect. As they monitor and report on local governments, local newspapers constrain local politicians in ways that reduce borrowing costs and local expenditures. Supporters of government aid claim that when news sources disappear, governments are unchecked.

But again, there’s a flaw in this reasoning. If the media is a check on government, financial support from the latter could weaken the strength of the media’s constraint upon governments. Why would this be?

Consider the question from the perspective of costs and benefits. Each type of media outlet (newspapers, radio broadcasters, television stations and so on) has high fixed costs (i.e. the costs of setting up). However, once established, additional costs are relatively low. The cost of reaching an additional listener for a radio station, for example, is nearly zero while the cost of reaching an additional print reader is only the cost of printing and delivery. This feature implies economies of scale, that media outlets cover issues that concern large populations.

However, this is counterbalanced by the role of advertising revenues. Advertisers pay for reaching groups of consumers that will buy their products. These consumers need not be numerous. To maximize the revenues from advertising, media groups must provide news that is of value to groups who will consume the goods advertised. In other words, groups of consumers that advertisers pay more attract also get more attention from the media.

There is a trade-off between reaching large groups, exploiting economies of scale, and reaching smaller but more valuable groups. This trade-off biases the shape of the news. That’s why newspapers might report NHL scores and opera reviews, even if the latter is only interesting to a small minority.

Politicians are aware of the bias. As the media is the channel through which they convey their messages to voters, politicians must find the message most suited to reach voters. However, when the media are independent, politicians must take the bias that exists as is. They cannot manipulate it. This is the constraint lauded by so many.

With the ability to dispense financial aid (even without arm-twisting), politicians can manipulate the channel.

Imagine there’s a pool of voters who want something, a particular policy, and that these voters tend to get most of their news from television rather than newspapers. If that group is not particularly valuable to advertisers, TV news shows will offer little coverage of a politician offering this policy.

However, subsidizing TV broadcasters increases profitability and may allow them to serve more consumers—including the previously ignored group. Other media outlets that are unsubsidized are crowded-out of the market. In the process, the channels of relaying information are manipulated to the advantage of the politician.

This is an alluring incentive for politicians. If they can tilt the mix of funding to different media outlets in ways that favour them, they will. And this weakens the constraint the media places on government.

Advocates of media bailouts, who genuinely believe in journalism’s role in our democracy, should consider these truths.