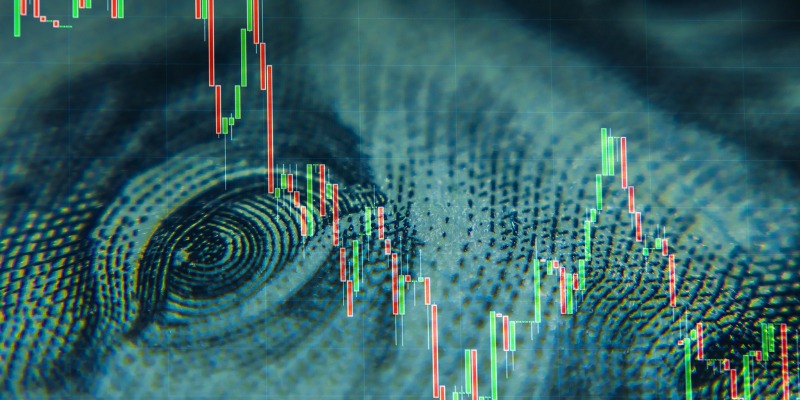 The committee that awards the Nobel Prize for Economic Science announced that the 2022 award goes to three U.S. economists: former Federal Reserve chairman Ben S. Bernanke, now at the Brookings Institution; Douglas W. Diamond of the University of Chicago’s Booth School of Business; and Philip H. Dybvig of Washington University’s Olin Business School in St. Louis. The committee stated that the award is for “research on banks and financial crises.”

The Nobel committee’s press release states that the analyses of all three “have been of great practical importance in regulating financial markets and dealing with financial crises.”

Some of us economists, including a fair number of monetary economists, would beg to differ.

Whereas a careless reader of Bernanke’s prize-winning work might have seen it as only marginally adding to Milton Friedman’s and Anna J. Schwartz’s 1963 book, A Monetary History of the United States, 1867-1960, it really was different. And while the Diamond-Dybvig model in their 1983 article in the Journal of Political Economy purported to give a theoretical explanation of how bank runs occur, what they called “banks” don’t look like any banks we know of. Although Diamond and Dybvig used their theoretical model to justify federal deposit insurance, they didn’t consider other ways that actual banks could minimize the probability of bank runs.

“I would like to say to Milton [Friedman] and Anna [J. Schwartz]: Regarding the Great Depression. You’re right, we did it. We’re very sorry. But thanks to you, we won’t do it again.” So said Ben Bernanke, at the time not the chairman but a member of the Federal Reserve’s Board of Governors, at Milton Friedman’s 90th birthday party. Unfortunately, during the financial crisis that lasted from 2007 to 2009, the Fed, with Bernanke as chairman, did do it again. Their failure to increase the money supply substantially made the recession deeper and longer than it would have been with a looser monetary policy.

Before Friedman and Schwartz’s 1963 work, few economists put much weight on the idea that the Federal Reserve was an important cause of the Great Depression. With their careful empirical work on money supply data, Friedman and Schwartz changed that view. They concluded that the Fed had failed to act as the lender of the last resort. As a result, thousands of banks failed and, between 1929 and 1933, the money supply fell by 30 per cent. This led to a major decline in U.S. economic output. Friedman’s work in monetary history was part of what the Nobel committee in 1976 cited when it awarded him the Nobel Prize. Yet shockingly, the Nobel committee this year writes, “Prior to Bernanke’s [1983] study, the general perception was that the banking crisis was a consequence of a declining economy, rather than the cause of it.”

If Milton Friedman were alive today, he would be stunned to see the Nobel committee throw his insights down the memory hole. I would bet that the committee’s statement also surprised Bernanke. Certainly, as his tribute to Friedman and Schwartz at Friedman’s 90th birthday party shows, Bernanke understood how much they had changed “the general perception.”

As noted above, there was a big difference between the Bernanke and the Friedman/Schwartz view of the Great Depression. Bernanke concluded that had the Fed simply provided more liquidity between 1929 and 1933, that wouldn’t have been enough. He thought it was important to keep particular financial intermediaries alive, even if some of them should have gone bankrupt. His academic work on this issue was impressive. But it led him astray during the financial crisis—he failed to focus on providing liquidity as his predecessor, Alan Greenspan, had done successfully to ward off a recession after the unprecedented 22 per cent drop in the Dow Jones stock index in October 1987. This isn’t simply Monday morning quarterbacking on my part. At the time, a number of monetary economists such as Jeffrey Hummel, then of San Jose State University, and Bentley University economist Scott Sumner, who had studied under Friedman, advocated expanding the money supply rather than choosing specific financial firms to help.

In a 2011 article titled “Ben Bernanke versus Milton Friedman,” Hummel argued that Bernanke didn’t expand the money supply enough. Whereas we heard of money supply expansions through “quantitative easing,” we heard much less about two other Bernanke initiatives that choked off the increase in the money supply. One was Bernanke’s sale of Treasury securities that removed from the economy much of the money that Bernanke’s Fed had injected from March through the summer of 2008. It had injected money with the Bear Stearns bailout in March and in the summer injected more money with the Term Auction Facility. But by selling Treasury securities, it “sterilized” the injection.

The net effect was that in the year ending in August 2008, the monetary base, which is currency in the hands of the public plus bank reserves, had increased by less than $20 billion—that’s only a 2.24 per cent increase. Contrast that with Alan Greenspan’s 7.54 per cent average annual growth of base money during his 19 years as Fed chairman. In a presentation at the 2008 annual Kansas City Fed symposium in Jackson Hole, Canadian monetary economist Michael Bordo noted the sterilizing effect of the Fed’s sale of Treasuries and asked, “why this complicated method of providing liquidity has been introduced when the uncomplicated system of open market operations is available.” Good question.

Bernanke’s second measure that restrained liquidity was his badly timed choice (in October 2008) to pay interest on bank reserves, which caused banks to hold onto reserves rather than lend them out. Indeed, as the earlier mentioned monetary economist Jeffrey Hummel noted at the time, for a while during the financial crisis, bank reserves, while typically only a fraction of M1, a measure of the money supply, actually exceeded 100 per cent of M1.

The Diamond/Dybvig model of banking in their 1983 article is a strange one. First, as Lawrence H. White, a monetary economist at George Mason University, noted in his 1999 book, The Theory of Monetary Institutions, in the D/D model there is only one bank; moreover, this bank doesn’t make loans and doesn't issue checking accounts. The reason for bank runs is that investors (not account holders, because there are no accounts) panic and try to cash in their investments. D/D used the potential of a bank run to justify deposit insurance.

There are other ways to prevent bank runs. Banks could stipulate that depositors can’t access their deposits until they mature. They could also do what they did before the Federal Reserve existed—suspend convertibility of deposits into currency. That allowed people to continue writing cheques on their deposits but saved the banks from having to come up with currency. Banks that were simply illiquid but not insolvent survived.

Every year, numerous people note that the Nobel Prize in Economics isn’t actually funded by the Nobel Foundation. Instead, Sweden’s central bank, Sveriges Riksbank, coughs up the krona. In the 21 of the last 26 years that I’ve written on the Nobel Prize winners for the Wall Street Journal, I have never bother mentioning that fact because it seemed irrelevant. This time, however, I do wonder if that matters. The 2022 award seems to be central bankers’ affirmation of the value of central banking.