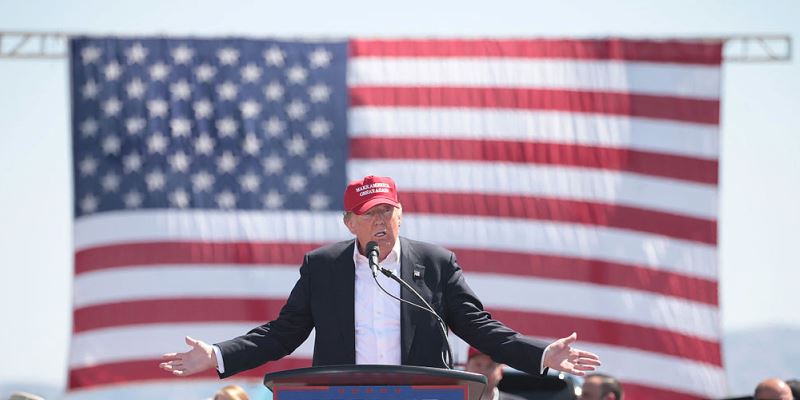 Yale University Press is celebrating Yale economist William Nordhaus winning the Nobel Prize this week in what economists will consider a counterintuitive way—for this week only it’s lowering the price of his two most recent books on climate change. (I picked them up the day of the announcement for $6.46 each on Kindle.)

Why is this counterintuitive?

Because winning the Nobel Prize should increase the demand for a writer’s books and, with the supply curve unchanged, should raise their price, not lower it. According to a check of the YUP website a couple of minutes ago, the lowered price has had the predictable effect: Nordhaus’ 2015 book The Climate Casino is now out of stock.

I wish I could remember what Nordhaus told me in the fall of 1976 when I went to his office to ask for advice on thesis topics. I had just finished my PhD comprehensive exams and (I think I’ve got this right) he was acting as department traffic cop for thesis topics. I sure hope he didn’t tell me there’s this interesting new area opening up at the boundary of climate science and economics that could use some good work. The good work he did got him this week’s prize. Anyway, whatever advice he gave me, I went off and wrote about the growth of public spending in the postwar period and very much enjoyed the career that set me out on.

I haven’t actually had a chance to read the Nordhaus books I bought because this week I’ve been reading and writing about Stephen Harper’s new book, Right Here, Right Now. I’m not sure how much I like The Climate Casino as a title, but I really like “right here, right now.” With just four words—one of them repeated!—it gets across a bunch of messages. It’s about the Right, it’s about place, which Harper uses as shorthand for the nation-state, which he thinks still has a big role to play in the world (I agree and wrote my own book about that), and it’s about today, not the 1970s or 1980s.

I enjoyed more than the title, too. The writing is lively, informed and contrarian. It’s a good essay on where conservatism should be “right now” in the Trump era. Don’t be too dismissive of the current wave of populism, Harper advises. Market economists understand that the customer is (almost!) always right. Well, in democratic politics the customers are the voters. You may react to an electoral loss by concluding the people who voted against you are fools and bigots, as many Clintonistas seem to have done, but that won’t help you win future votes. And they are winnable—many Trump voters in 2016 had been Obama voters in 2008 and 2012.

Take trade. Market economists believe in their bones that, with well-known and probably rare exceptions, trade is good for both countries that engage in it. But they should also understand that not everyone in both countries benefits from trade. If we ignore the losers, it’s not surprising that they take it out on us free-traders at the ballot box. Hence the rationale for government intervention to help with compensation and re-training, even if most trade victims probably would prefer to hold on to the status quo.

That some people get hurt is not quite the populist argument on trade, however. The populist argument, as articulated by President Trump, is that trade deficits are bad per se, since buying goods from other countries means exporting jobs to them. Whenever possible, you should buy American, so as to “support the local economy,” a phrase you hear a lot these days. That’s pure mercantilism dating back to Thomas Mun (1571-1641), if not earlier.

So, sure, free-traders can’t ignore and should address the concerns of people hurt by trade and they need to do so in a credible, visible way. But should we really bow to the populist argument, keeping quiet until it passes, or should we push back on the main point, that in fact trade is generally good?

As I started to read Nordhaus, it occurred to me a debate between him and Harper would be worth buying a ticket to see. Nordhaus is a strong believer, as most economists are, in putting a price on carbon. The two books I bought are about that. Though carbon does harm, the current charge for dumping it into the climate is zero. Econ 101 says you’ve got to put a price on it (a “positive price,” as we economists would say in our profession’s peculiar argot). At the moment, that’s a very non-populist argument. The populist argument is that pricing carbon is a tax grab by progressives who have hundreds of pet projects to spend all the new carbon revenues.

There’s certainly reason to be suspicious of governments bearing blueprints for major new taxes. And in other places Harper has made cogent arguments about how harmful it would be for Canada to get substantially out front of the United States, its major trading partner, in taxing a major industrial input, i.e., carbon. But then what do you do about the harmful substance’s current zero price? Detailed regulatory discouragement of the sort that is often adopted as an alternative to explicit carbon pricing is just the 21st-century version of central planning. Because populists don’t like prices on negative externalities we should go back to Soviet methods?

Everyone has their own truth is a very post-modern idea. Populists clearly have their truths. Non-populists have to respond to their arguments and plights. But in doing so we shouldn’t abandon our own truths.