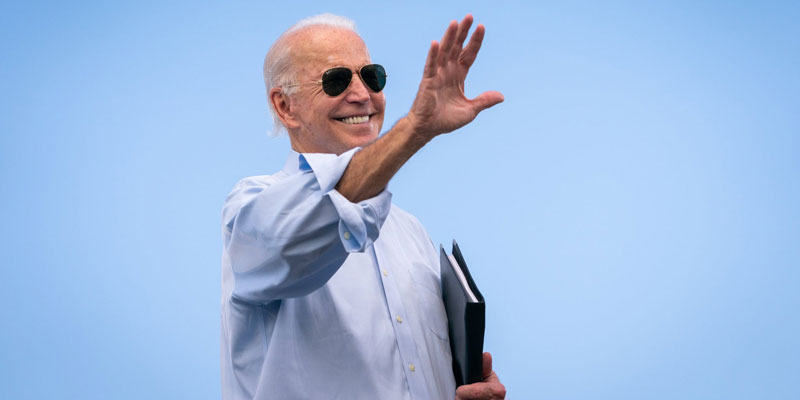 As we reach the milestone anniversary of President Joe Biden’s first 100 days in the White House, there are two clear takeaways.

First, the United States now has a president who behaves normally, and this has led to a dramatic reduction in personality-driven chaos and drama.

Second, public policy has moved farther to the left, with President Biden, who addressed Congress on Wednesday, proposing a major increase in the size, scope and cost of government.

Regarding Biden’s approach to public policy, let’s first look at what’s happening to government finances, which is the area where Biden has been most aggressive.

The president started the year by proposing a $1.9 trillion spending package, which subsequently was rammed through Congress in a partisan manner. This so-called American Rescue Plan was somewhat similar to the massive spending packages approved in response to the pandemic during Trump’s final year in office.

But a key difference is that a huge portion of Biden’s plan (more than $700 billion, even measuring generously) was unrelated to the pandemic. Money was allocated for extraneous matters such as handouts to state and local governments (with a formula benefiting Democratic states), child allowances, pension bailouts, Obamacare expansion and transportation projects.

All of the spending in the plan was financed with more debt.

The next fiscal fight in Washington revolves around a supposed infrastructure plan proposed by the Biden administration. The president wants more than $2 trillion of new spending over the next decade, though only a small fraction is for infrastructure ($115 billion for roads and bridges, for instance).

Much of the new spending would be for other domestic programs including $187 billion for education, $213 billion for housing, $400 billion for elder care, $100 billion for worker training and $300 billion for industrial policy—all areas where Washington has a track record of waste and incompetence.

The spending in this plan is financed by big increases in the tax burden on businesses. If the plan is enacted with no changes, the big revenue raisers would be an increase in the federal government’s corporate tax rate from 21 per cent to 28 per cent, which would give the United States the developed world’s most onerous corporate tax rate once state taxes are added to the equation. Equally troubling, Biden’s plan calls for a near-doubling of the tax on so-called “global intangible low-tax income”. Translated from tax jargon into English, it means an onerous 21 per cent tax on the worldwide income of U.S.-domiciled firms, putting them at a big competitive disadvantage compared to companies based in other countries.

The White House is on the verge of augmenting his infrastructure scheme with another proposal to expand the social welfare state and increase the size and scope of the central government. The good news is that this “Family Plan” is expected to increase the burden of government spending by less than $2 trillion over the next 10 years. The bad news is that all the spending will be for programs, agencies and departments with a poor track record of actually solving problems.

Increased taxes on American households, with a special focus on class-warfare proposals to “soak the rich,” would finance this spending plan. The tax increases likely will include an increase in the top tax rate on household income, a near-doubling of the capital gains tax rate, and a much bigger budget for the IRS (based on the perpetual-motion-machine assumption that increased audits will generate huge increases in revenue).

It’s worth noting that Biden is also pushing the U.S. in a more dirigiste direction on regulatory policy. Here are three examples.

And this is likely just the tip of the iceberg. Biden has mostly been appointing doctrinaire interventionists to be in charge of the regulatory agencies, not the somewhat market-friendly neoliberals that were common during the Clinton years (and even, to a more limited extent, the Obama years).

It therefore would be prudent to plan for further increases in command-and-control red tape.

The net impact of these policies will be a continued decline in U.S. exceptionalism, leading to a decline in America’s big income advantage over other developed countries.