For the past 21 years the community has been led by Chief Darcy Bear, who was first elected as chief at the age of 26. When he took office the unemployment rate on reserve was 70 per cent, the on-reserve education system was broken and the small community was running a deficit of $350,000. With the support of his council and community, Chief Bear (pictured below) has brought the unemployment rate down to 5 per cent and has created business opportunities that have generated over $6.7 million annually in own-source revenue. The community now has an education system on reserve that is so successful that non-First Nations parents in neighbouring Saskatoon want to send their children to his reserve school. 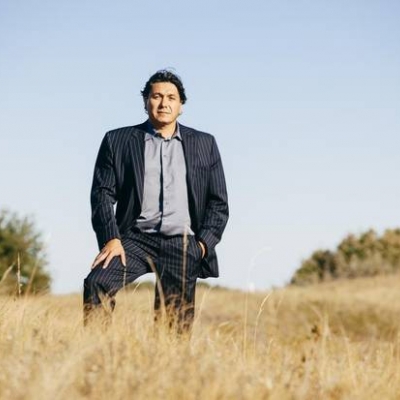 So what’s the secret to Whitecap Dakota’s success?

Partnerships, openness to business and getting out from under the Indian Act.

In regards to education, a Fraser Institute study demonstrated that the lack of education standards has left some First Nation schools with no core curriculum to meet provincial standards and no requirement that educators on-reserve have provincial certification. To address these issues, Chief Bear developed a partnership with the local Saskatoon Public School Division, raising graduation rates and creating an exceptional education system at Whitecap Dakota.

To stimulate economic growth, Chief Bear knew he had to get his community out from under the archaic Indian Act land provisions. In fact, our research has shown that archaic land provisions and lack of property rights on reserve has made First Nations members wards of the state and unable to enjoy the same economic opportunities as all other Canadians. In 2013, Whitecap Dakota joined the First Nations Land Management regime, which eliminated land provisions under the Indian Act and allowed the community to create their own land laws and move at the speed of business without intervention from the federal government.

And it’s all paid dividends for the community. Today, Whitecap Dakota has approximately $100 million of capital investment in their community from the private sector and a 5 per cent unemployment rate. Moreover, Whitecap Dakota now employs more than 500 people from Saskatoon and recently contributed $2.7 million towards the construction of a new Saskatoon school where only 10 per cent of the student body will be from Whitecap Dakota.

There are many other communities like Whitecap Dakota who have silently achieved tremendous success across Canada, such as the Haisla Nation in British Columbia and Fort McKay in Alberta.

So while it’s important to highlight communities who struggle with high unemployment rates and substandard living conditions, let’s not forget to celebrate successful communities like Whitecap Dakota and inspirational leaders like Chief Darcy Bear.