And because I am a mom who is too old to be a hipster-mom, and is stuck being just a mom, I am particularly supposed to hate them. I am supposed to find them twee, obsessive, excessively materialistic, and suspiciously over-interested in the arcane details of food origins, preparation and presentation.

But for me, the food photos that fill Instagram these days—whether taken by professional chefs, aspiring cookbook writers, New York City foodies, or friends who just cook better than I do—aren’t an annoyance. They’re the 21st century version of one of the great western art forms—the Dutch still-life painting.

These paintings, produced in abundance during the Dutch Golden Age, feature overflowing displays of exotic flowers, fruits and food. 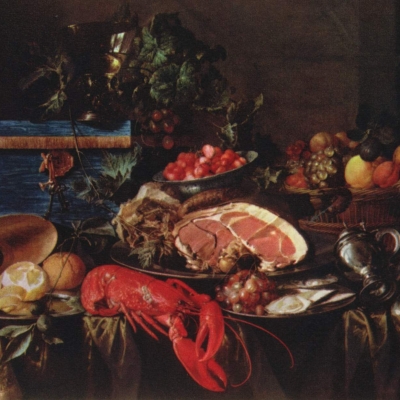 They luxuriate in the gleam of fine gold and silver serving dishes, the intricate details of imported porcelain vases, and the varied textures of woods and fabrics. 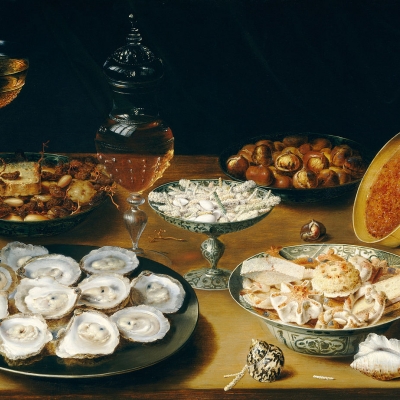 The paintings seem to have had a range of purposes. Some were meant to celebrate the vast wealth and the newly imported possessions of the Dutch merchant class. Others—often in paintings that included skulls or timepieces—were meant to remind the viewer of their own mortality.

But surely some, like today’s Instagrams, were meant to celebrate the joys of a really good meal. 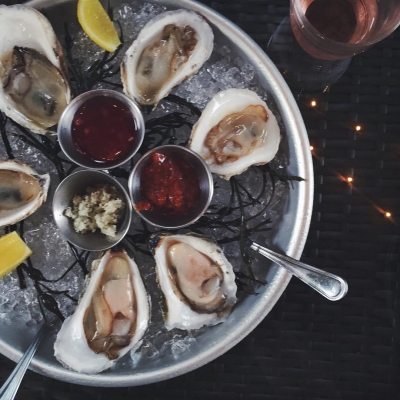 The 21st century art world is more democratic than even the Dutch Republic could have imagined. We are all producers and consumers of art now, and we carry in our pockets artistic tools of greater power and flexibility than the 17th century could have imagined. Aspiring artists no longer necessarily need expensive equipment, studio space and post-production time. They can do most of that with their phones or tablets. They no longer need agents and other intermediaries to get their work to the public—Twitter and tumblr, and SoundCloud and DeviantArt are happy to get that process started.

The technology boom has lowered the costs of making art at the same time it has given us new artistic tools. Freed in these ways we find new ways to experiment with art every day. Richard Prince recently made headlines by exhibiting and selling his blow ups of other people’s Instagram photos in Los Angeles and New York art galleries. Neil Gaiman wrote a short story collection inspired by tweets from his readers. The Google Poetics website curates the funny, absurd, and sometimes weighty found poems that occur within the autocomplete suggestions of Google search results. Love them or hate them, none of these artistic productions would be possible without our new technological toys and the freedom to experiment they have brought us. Art is in the hands of the people in ways that are completely unprecedented.

As with the democratization of anything, the democratization of art means we produce a lot more—good and bad—of the things that we find fun and interesting. That means the naysayers are right. There really are a lot of terrible food photographs out there. But that also means that a lot of people are taking the time to think carefully about the beauty they see in front them every day, in meals that are simple or complex, and to share that pleasure with us.

Someone found the rare lemon and paid

a lot and neighbored it next

apple of the lost garden, the glass

of wine, set down mid-sip—

don’t drink it, someone said, it’s for

—from “Still Life” by Marianne Boruch