Canada’s Past Fiscal Leaders Are Now Fiscal Laggards: An Analysis of 2017 Provincial Budgets 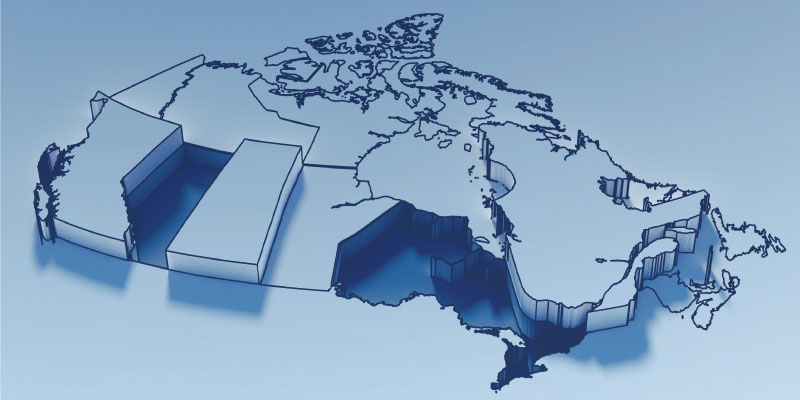 Around the turn of the 21st century, Alberta and Ontario could both boast of having comparatively sound public finances relative to most other provinces. In recent years, however, serious fiscal problems have emerged in both provinces. Alberta and Ontario were once fiscal leaders in Canada, but they are now among the country’s unsuccessful fiscal managers. Meanwhile, several other provinces that at various times have been considered weak fiscal performers are currently pursuing policies that are gradually improving the condition of their public finances. Saskatchewan, Quebec, and British Columbia all currently have in place relatively prudent fiscal plans that minimize debt accumulation and strengthen provincial finances over time. Indeed, several of Canada’s historical fiscal laggards have become the country’s new leaders.

This paper analyzes the various provincial budgets tabled in 2017 and illustrates the extent to which fiscal leadership in Canada’s provinces has changed in recent years. Among other things, it finds that at the provincial level, government debt accumulation in Canada is currently being driven primarily by just two provinces—Alberta and Ontario. These two, which are home to about half of the country’s population, are responsible for approximately 74 percent of all new provincial government net debt being added in Canada this year.

Ontario now carries one of the highest per-capita debt burdens in Canada. Furthermore, Ontario continues to add significant new debt each year despite projecting a balanced operating budget this year. In fact, over the next three years, Ontario expects to add $34.1 billion in new debt—almost exactly the same amount as the $34.8 billion it added during the last three.

Serious fiscal problems have emerged in recent years in Alberta as well. A significant store of the province’s net assets has been erased over the past decade, and it has now joined the rest of the provinces as a net debtor with provincial debts exceeding financial assets. Alberta still enjoys the lowest debt-to-GDP ratio in the country, but the province’s long string of budget deficits has begun to significantly undermine this fiscal advantage. What’s more, the pace of debt accumulation has accelerated dramatically in recent years, as the province has begun to run some of the largest budget deficits in its history. In fact, the province expects to see its net debt climb to approximately $10,000 per person by 2019/20—up from essentially zero as recently as 2015/16.

Although Alberta’s debt burden—measured both per person and as a share of GDP—is currently the lowest in Canada, the pace of debt accumulation in Alberta is such that the gap between it and other provinces is rapidly closing and a substantial debt burden is projected to quickly emerge in the province over the next few years.

Despite these fiscal challenges, both Ontario and Alberta have significantly increased spending in their 2017 budgets, and neither has a plan to make meaningful progress slowing their pace of debt accumulation during the life of their current fiscal plans.

On the other hand, Quebec and Saskatchewan, two provinces that have at various points faced severe fiscal problems or been viewed as examples of unsuccessful fiscal management, have in their 2017 budgets taken meaningful steps to address the challenges they face.

Saskatchewan is reducing expenditures and plans to eliminate its deficit in two years (by 2019/20), while Quebec has stopped adding debt entirely and is making meaningful progress in shrinking its debt-to-GDP ratio. The contrast between these two provinces, on the one hand, and Alberta and Ontario, on the other, is clear.

British Columbia, once also a fiscal laggard in the 1990s, has taken the necessary steps that have enabled it to achieve its current status as fiscal leader. But with a change in government in July 2017, questions remain as to whether the province will continue to build on its recent fiscal policy success.

At this point, historical reputations for successful fiscal management seem to bear little relationship to current reality when it comes to keeping deficits and debt in check. On public finances in general, Canada’s provinces have been turned upside down, which has important implications for those residing in provinces that have become Canada’s new fiscal laggards—and new fiscal leaders.