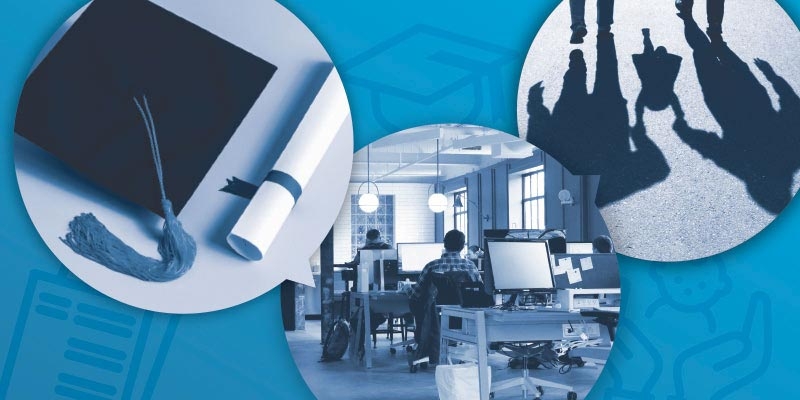 This paper is an inquiry into the causes of poverty. By poverty we mean a circumstance of serious deprivation where a person lacks one or more basic need—as opposed to a condition of inequality. The question we wish to try to answer is this: Why do some people find themselves in a circumstance of serious deprivation and, more importantly, why are some able to escape poverty fairly easily while others endure persistent, long-term poverty?

This study’s working hypothesis is that there are two broad categories of the “initiating causes” of poverty—bad luck and bad choices. Bad luck means that we have no ability to avoid poverty. It is inevitable given the circumstance we find ourselves in. People caught in the middle of a war zone, people living through extreme weather events (droughts, floods, earthquakes, etc.), and people who live under maniacal autocracies where choice is severely limited or non-existent—all could be impoverished as a result of bad luck. In most western nations (which operate under a democratic system which has respect for basic rights and the rule of law) luck is less important as an explanation of poverty, but is still a factor. People born with inherited diseases or disabilities, people who face serious discrimination, and children who are raised by bad, abusive parents are all at higher risk of encountering poverty. However, while many are touched by poverty, only a small portion remain in poverty over the longer term, and their doing so depends both on the choices they make and the opportunities (or impediments) to upward mobility. This paper focuses attention on “choice” rather than luck as a more compelling explanation of poverty in modern democratic nations like Canada and the United States, and also focuses on the role that the state plays in enabling poverty.

None of us get to choose exactly where we end up in life. As we move out of childhood and begin to assume more autonomy over our own lives, we make thousands of decisions. These choices are always made without perfect information and with a variety of constraints and restrictions, most of which are inherent in the human condition. If we make enough good choices and avoid some really bad ones, we end up living in relative comfort and safety. By the time we enter adulthood, we recognize that making bad choices (“bad” as defined by the decisionmaker himself either at the time of the decision or subsequently) involves negative consequences. Those bad outcomes hurt. They make us worse off. But, in the process, they help us make better decisions in the future.

A third factor is important in explaining poverty, especially the kind of persistent, longer term poverty that is especially pernicious. We can say that poverty is “enabled” when systems and structures are in place to discourage the kinds of efforts that people would normally make to avoid poverty, i.e., find employment, find a partner (especially if children are present), improve one’s education and skill set, have a positive outlook, and take personal responsibility for your own actions. Ironically, it is government programs (welfare, in particular) that are intended to help the poor but end up actually enabling poverty.

This paper highlights a 2003 Brookings Institution study that identifies bad choices as the primary initiating cause of poverty in America. Specifically, the study shows that basic choices about education (at least finishing high school), work (acquiring a full-time job), and family (getting married or being in a committed relationship before having kids and only having the number of children you can afford), are critical to avoiding poverty. The Brookings study concludes that if these three basic societal norms are followed, your chance of falling into poverty is less than 3 percent. The Brookings authors, Isabel Sawhill and Ron Haskins, urge that anti-poverty efforts be directed toward encouraging people to follow these norms and to take responsibility for their own lives. Both authors would like to see an end to poverty and a more egalitarian society and they argue strongly that “playing by the rules” is the solution to poverty, not a welfare system that simply redistributes income.

In a follow-up policy paper, the Brookings Institution assembled a panel of experts representing various perspectives to outline the principal causes of and solutions to poverty. It lays out a plan of action that is broadly similar to the Sawhill-Haskins proposals and clearly implies that behavioural factors (i.e., choices) are the primary cause of poverty and that with the right policies and incentives as well as the expectation of personal responsibility, behaviours can change. Specifically, the experts suggest policies that promote cultural norms relating to parenthood and marriage, promote delayed, responsible childbearing, increase access to effective parenting education, improve skills and make work pay for the less educated, and increase public investments in early childhood education.

The Canadian evidence is similar to that presented for the United States. When social norms like finishing high school, getting a full-time job, and having children only after getting married are followed, poverty rates are extremely low (less than 1%) using 2015 data. Single-parent families, especially in those cases where the parent was never married, have among the highest incidence of poverty in Canada, as is the case in the US. Yet, single parent families where the parent is employed full-time reduce their risk of poverty more than four-fold.

Unless poverty is “enabled,” most people, regardless of their disadvantage, manage to escape poverty. So, bad choices and bad luck are not destiny. Enablement effectively reduces the cost of bad choices and makes them more likely. Bad choices can be enabled by ineffective and counterproductive policy. For example, the existing welfare system, undoubtedly developed with good intentions to help the poor, turns out to be the key enabler of poverty. In practice, a system that has no employment strategy for clients, has no requirements of them, and expects nothing from them, is simply unhelpful. It slowly traps some people, especially those with low self-esteem and little confidence, into a child-like state of dependency and permanent low income.

Anyone who cares about the poor and wants to eliminate this horrible predicament needs first to understand what causes poverty. This paper suggests that a useful framework for understanding poverty is to look at bad luck and bad choices as the proximate causes, and to enablement as the key explanation for persistent and enduring poverty. I have argued that bad choices are the dominant initiating cause of poverty in countries like Canada and the US, and that state policies like welfare are the critical enablers of poverty. I largely agree with the diverse Brookings Institution panel that the identification and promotion of beneficial personal life choices (such as those relating to education, work, and family) as well as the avoidance of counterproductive and harmful government policies are the obvious policy takeaways from this paper’s analysis.