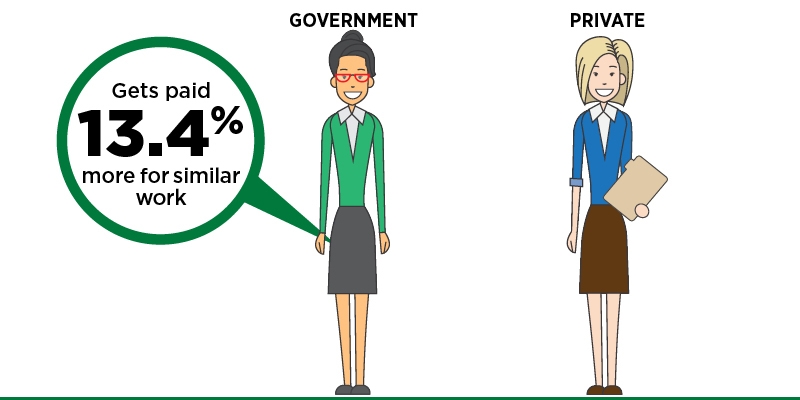 Using data on individual workers from January to December 2015, this report estimates the wage differential between the government and private sectors in Ontario. It also evaluates four available non-wage benefits in an attempt to quantify compensation differences between the two sectors. After controlling for such factors as gender, age, marital status, education, tenure, size of firm, type of job, industry, and occupation, Ontario’s government sector workers (from the federal, provincial, and local governments) were found to enjoy a 13.4 percent wage premium, on average, over their private sector counterparts in 2015. When unionization status is factored into the analysis, the wage premium for the government sector declines to 10.3 percent.