Evaluating the State of Fresh Water in Canada 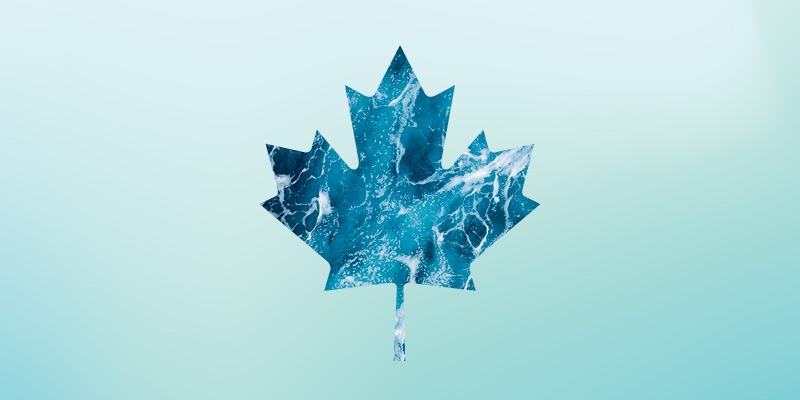 Canadians are concerned about the abundance and quality of our freshwater resources, yet information is widely dispersed and often difficult to obtain. This study reviews a wide range of data and government reports to examine the state of Canada’s water resources.

Canada has the third-largest supply of annual renewable fresh water in the world. While abundant, Canada’s freshwater resources are not evenly distributed across the country. Much of Canada’s fresh water drains northward into the Arctic Ocean and Hudson Bay, limiting its availability along the country’s southern border where the majority of the population resides. Nonetheless, Canadians consume only a small fraction (about 1%) of the water supply that is annually available. In addition, according to Environment Canada’s analysis of water flows across the country, in 2015, most Canadian rivers (65%) had a normal water quantity and only 10% had a lower-than-normal quantity of water. In looking at areas where problems may need to be addressed, in this report we will focus on describing the current water supply and quality conditions, and we will leave policy analysis and recommendations to other publications.

In general, Canada’s freshwater quality is quite good as most indicators seem to suggest stability or modest improvements over the past few years. Most of the major sources of water pollution in Canada have been recognized and progress has been made to reduce the amount of pollution that enters our waterways. Improvements were observed in the following areas: municipal wastewater treatment, households’ usage of chemical fertilizers and pesticides, regulatory compliance of mining operations, and releases of metals such as lead, cadmium, and mercury into waters from pulp and paper plants and sewage treatment plants.

Our examination of individual monitoring stations over time indicates that, from 2002 to 2016, water quality remained stable in about 81% of locations across the country, improved in 10% of locations, and deteriorated in only 9%.

Analysis of fish tissues to discover toxic substances and their concentrations in different drainage areas suggests that, between 2013 and 2015, concentrations of polybrominated diphenyl ethers (PBDEs) in the majority of the samples across the country were in compliance with the federal guidelines. Similarly, samples from nine drainage regions, including Pacific Coastal, Great Lakes, and St. Lawrence, taken between 2001 and 2016 yielded no exceedances of guidelines for Perfluorooctane sulfonate (PFOS) concentrations for water. The assessment of metals and toxic substances, including mercury and PBDEs, in the Great Lakes reveals that the concentrations have generally decreased over the past four decades. Another example of improving water quality is the sharp declining trend in contamination of freshwater fish in the St. Lawrence River since 1970s.

Despite improvements in the state of Canada’s water quality, there are concerns that require continued vigilance or action. Though concentrations of PBDEs have generally decreased, some indicators suggest that levels of PBDEs are still above the prescribed guidelines in the Great Lakes, Pacific Coastal, and St. Lawrence River regions. Nutrient levels in Lake Winnipeg’s south basin were excessive in 2016, especially near the inflow from the Red River. Excessive concentrations of nutrients in the Great Lakes—specifically, in Lake Erie and some near shores of Lakes Ontario and Huron—have caused a resurgence of harmful algal blooms in these areas. Despite significant reductions in mercury levels in Lake Erie in Ontario since 1970s, analysis of recent mercury concentrations on fish contamination in this lake suggests that levels have stopped decreasing or started increasing. Despite reductions in nutrient levels in recent years, excessive nutrient concentrations appear to still be a problem in the St. Lawrence River and its major tributaries.