The Revenue Effects of Tax Rate Increases on High-Income Earners 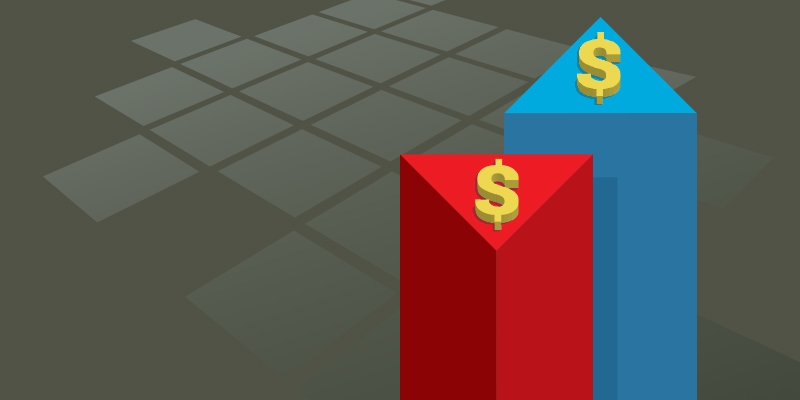 Canada’s tax competitiveness has returned as a focus of discussion in academic and political circles. The primary reason for this is a major tax overhaul in the United States that took effect in 2018, and which dramatically improved the US business investment environment and dropped personal income tax rates for almost all taxpayers.

The Canadian federal government and some of the provinces, on the other hand, have raised their income tax rates for many, especially high-income earners, in an attempt to generate more tax revenue. This is a concern for all Canadians, because income tax rate increases are known to have adverse impacts on economic activity. Further, the revenue effects of raising income tax rates greatly depend on taxpayers’ responsiveness to them. This leads to two questions. First, how responsive are taxpayers to tax rate increases? Second, can the Canadian federal government obtain more revenue by simply raising the income tax rate on high-income earners?

When budgetary challenges occur, as when planned or unplanned expenditures exceed revenue and public debt rises, governments often resort to raising income tax rates on high-income earners in an attempt to collect more tax revenue. The amount of additional revenue that governments can collect through income tax rate increases depends on how large the changes in tax rates are and for whom or what income levels—and taxpayers’ behavioural responses to those changes.

Many studies indicate that an increase in the income tax rate has negative effects on economic activity because the rate change diminishes the rewards from or reduces the incentives for working, saving, and investing. Taxpayers’ behavioural responses to tax rate increases may lead them to work or invest less within the jurisdiction, or to engage in more tax planning, tax avoidance, or even evasion, which leads to reduced taxable income. In turn, this means that governments collect less in tax revenue than otherwise. If taxpayers exhibit sufficiently strong responsiveness to tax rate increases, it is possible that governments that raise tax rates may collect less revenue than had they not done so. Estimating the behavioural responses of taxpayers to tax rate changes is therefore crucial to assessing the revenue implications of income tax rate increases.

This study’s main objective is to investigate the revenue effects of the four percentage-point increase in the top federal personal income tax bracket rate, from 29 to 33 percent, that took effect in 2016 but was announced in the fall of 2015. The pre-announced increase in the tax rate would have been expected to encourage individuals to bring their income forward (for example, capital gains and dividends) to the 2015 tax year to avoid the new, higher income tax rate that would take effect in 2016.

Such behavioral responses of taxpayers caused by the pre-announcement of the increase would have had a one-off impact, increasing taxable income and tax revenue for 2015 and reducing it for 2016. To determine the responsiveness of taxable income to changes in the Canadian federal government’s top personal income tax rate, we conducted a simulation exercise. Because taxable income data from 2015 or 2016 would be misleading, we chose 2014 as the base year for conducting the revenue simulation. We assume that in the absence of the tax rate increase, the federal total tax revenue would grow at an average annual rate of 4.3 percent from 2014 onward. This corresponds to the average growth rate of the tax revenue over the four years before the announcement of the tax rate increase (i.e., 2011 to 2014).

The study begins by estimating, for the 1972 to 2016 period, the responsiveness of taxable income to changes in the Canadian federal government’s top personal income tax rate. According to this paper’s preferred result, a one percentage-point increase in the top federal personal income tax rate is associated with a reduction of total taxable income by about 0.50 percent. The empirical analysis, which considers factors that can potentially affect taxable income and the key estimate, is robust to various sensitivity checks, broadly consistent with the findings of previous studies, and suggests taxpayers have strong behavioural responses to tax rate increases.