The Importance of International Trade to the Canadian Economy: An Overview 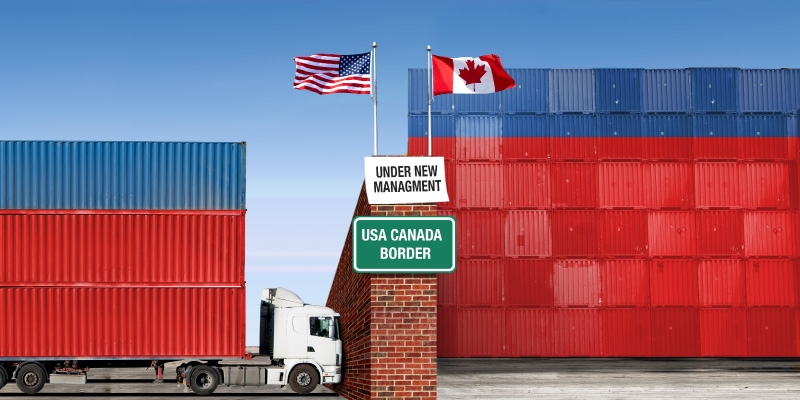 In 2015, exports accounted for 31.5% of GDP, up from 25% before Canada signed a series of free trade agreements starting in 1988. Exports were 36% of GDP before the global recession began in 2008. Value-added exports, which subtract the imports embedded in exports, represented 22.2% of GDP.

Exports directly and indirectly accounted for 2,942,400 jobs in Canada in 2011 according to Statistics Canada, or 16.7% of all employment.

Imports were the equivalent of 33.8% of GDP in 2015. About 26% of imports are used as inputs into production in Canada, notably in export-intensive sectors like autos and high-tech. The effective tariff rate on imports is 1%, down from 3.5% before the push to more free trade began in the late 1980s.

Trade overwhelmingly is still oriented to the United States. The stagnation of exports to Europe and Japan in recent years was offset by increases to Asia. Because Canada exports to Asia, notably natural resources, it has a relatively small trade deficit with Asia compared with the US. Canada has little direct trade with Mexico.

Both exports and imports are beneficial to economic growth, largely by boosting productivity. Firms in Canada that export have significantly higher productivity than firms that do not export. Imports of intermediate inputs contributed over half of Canada’s recent productivity growth. However, trade does create winners and losers, which has fuelled protectionist sentiment.