Another Alberta fiscal update, another increase in spending 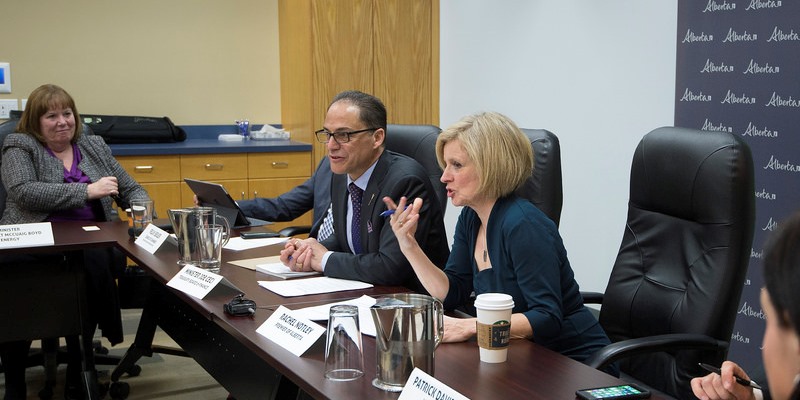 Last Friday, heading into the long weekend, the Notley government published its First Quarter Fiscal Update, which projected a smaller-than-expected budget deficit. At $7.8 billion, though, the shortfall is still large in historical terms and relative to the size of the provincial economy.

Perhaps the most discouraging news in the update is that, despite the province’s dire fiscal situation, the government will increase spending by $146 million over and above what was budgeted in the spring. The reason the deficit shrank isn’t that the government has finally found some discipline – rather revenues increased by more than enough to cover the unplanned expenditures.

It’s not a huge increase, but it’s yet another sign that this government simply doesn’t understand the root of the Alberta’s fiscal problems—government spending—and has no appetite to reform and reduce spending. Instead, the government’s plan, like so many governments before it, is to simply wait and hope for resource revenues to keep increasing and shrink the deficit for it.

But make no mistake, spending is the problem—a bipartisan problem that’s been around for years. Between 2004/05 and 2015/16, program spending (all spending except debt interest payments) increased by nearly 100 per cent—close to double the combined rate of inflation plus population growth. If previous governments in Edmonton had simply increased spending more prudently in line with inflation plus population growth, Alberta would have been better positioned to withstand the revenue drop triggered by the 2014 decline in oil prices.

After the Notley government inherited this fiscal mess, it had an opportunity to fix it by reversing course. Instead, it made matters worse by repeating the mistakes of its predecessors and increasing program spending by 11 per cent between 2015/16 and 2017/18. Once again, if the government had taken a different course—simply holding nominal spending at 2015/16 levels—Alberta would have likely balanced the budget this year instead of posting a nearly $8 billion deficit.

In short, over more than a decade, Alberta’s governments had multiple opportunities to repair the province’s finances by addressing the spending problem. But each government, no matter its political stripe, failed. And instead hoped for rebounding oil and gas prices to buoy government revenues and save the day. There’s a name for this approach to fiscal policy in a resource-intensive province—“riding the resource revenue rollercoaster,” a ride the Notley government promised to stop.

The government’s failure to keep this promise will help increase the debt burden on taxpayers and future generations of Albertans. This year, government debt interest payments total a projected $442 per Albertan, up from $61 a decade ago. And that number will rise by about $100 per year for the foreseeable future unless something is done to buck the trend. When you add it all up, it amounts to billions of dollars to service Alberta’s debt—money they could have been used to improve the lives of Albertans through tax relief or improved public services such as education and health care.

Last week’s fiscal update projects an improvement in Alberta’s bottom line, but no change in this government’s attitude towards the spending problem. In the long run, barring extraordinarily good luck or change in direction, the province’s fiscal problems will get worse, with Albertans and their families paying the price.