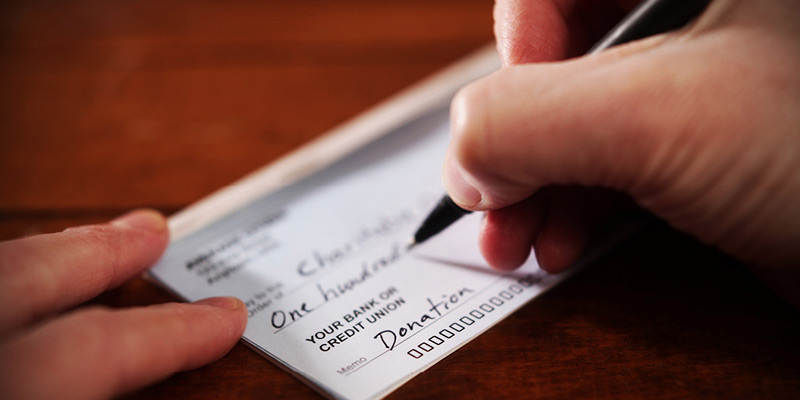 Every holiday season, millions of Canadians donate their time and money to charities. These charitable donations help the vulnerable, feed the homeless and ensure children around the world have access to basic necessities. However, according to a recent Fraser Institute study using data from personal income tax returns, Canadians have donated significantly less to charity over the last 10 years.

In total, 20.4 per cent of Canadians claimed at least one charitable donation on their tax return in 2016 (the latest year of available data), down from 24.6 per cent of tax-filers in 2006. In fact, if one quarter of tax-filers had donated in 2016, the number of Canadians who made charitable donations would have increased by more than one million people.

Canadians are also donating a smaller share of their income. Collectively, Canadians contributed 0.53 per cent of their household income to registered charities in 2016—the lowest percentage since 2006—compared to 0.78 per cent 10 years earlier, indicating that donations as a share of income declined by 32 per cent.

With smaller donations by fewer tax-filers, the result has been a decline in the total dollar value for charitable giving in Canada.

In 2016, charitable donations by Canadians totalled $9.1 billion—down nearly one billion from the previous year. Moreover, if Canadians had donated at the same rate as 10 years earlier, charitable giving in 2016 would have been $4.3 billion higher, reaching $13.4 billion to help provide essential services such as clothing for children, shelter spaces for domestic violence victims and mental health counselling.

And the decline in charitable giving is not unique to any specific province. Since 2006, the percentage of tax-filers donating to charities has decreased by at least 13 per cent in each province. Similarly, donations as a percentage of income declined in every province over that time period.

However, some provinces experienced larger declines than others. Prince Edward Island experienced the largest decline (22.7 per cent) in the percentage of tax-filers reporting charitable donations from 2006 to 2016, followed by Newfoundland and Labrador (19.8 per cent) and Ontario (19.6 per cent).

Ontario recorded the largest decrease in the percentage of household income donated over the decade, dropping 37.9 per cent (from 0.97 per cent to 0.60 per cent), followed closely by Newfoundland and Labrador (37.2 per cent).

So numbers are down all around. But is there a silver lining? No, there isn’t.

Conceivably, if Canadians were volunteering more of their time instead of donating money to charities, this might help explain the decline in giving. However, recent data from the Conference Board of Canada finds that between 2004 and 2017, average annual volunteer hours per person declined by 7.3 per cent, and the share of the Canadian population that volunteered dropped from 45.2 per cent to 43.6 per cent.

Again, the decline in charitable giving in Canada means charities will be increasingly strapped for resources and face larger financial obstacles when trying to improve the quality of life for vulnerable Canadians. Hopefully, giving picks up soon.