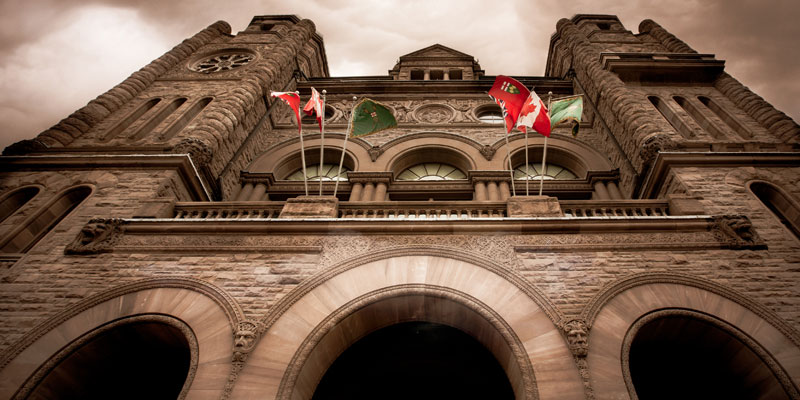 The Ford government on Wednesday tabled Ontario’s budget for the 2021/22 fiscal year. Unsurprisingly, the document was covered in red ink. The new budget forecasts a $33.1 billion deficit, one of the largest in provincial history.

The government also forecasts additional budget deficits throughout its fiscal plan, which ends in fiscal year 2023/24. By then, provincial net debt will climb to $503.1 billion.

While the pandemic has put pressure on provincial finances and caused Ontario’s deficit to balloon, it’s important to recognize that Ontario’s fiscal problems predate COVID and will be there waiting when the pandemic ends.

Of course, it’s understandable that COVID derailed any short-term fiscal plans. However, it’s entirely reasonable to expect the government to present a path to budget balance once the crisis passes, particularly given the emphasis Premier Ford placed on repairing Ontario’s finances on the campaign trail. On this score, the new budget fails to deliver.

Why? Because the Ford government is following a similar deficit-reduction strategy as its predecessors—namely the McGuinty and Wynne governments—in the years following the 2008/09 recession. Those governments tried to tackle the deficit slowly over time by holding spending growth approximately to the rate of inflation plus population, while hoping for revenue growth to shrink the deficit over time. The result, predictably, was a very slow rate of deficit-reduction and substantial debt accumulation as time went by.

This is exactly the same strategy the Ford government laid out on Wednesday. Excluding COVID-related emergency spending, the Ford government forecasts that nominal spending will increase at an average annual rate of 3.0 per cent between 2019 and 2023. This is very similar to the rate of growth under the Liberals during the 2010s.

Again, unsurprisingly, the budget shows that by embracing the McGuinty/Wynne fiscal strategy, the Ford government expects similar outcomes with deficits of more than $20 billion in every year of its medium-term fiscal plan. As a result, Ontario’s nominal debt burden will climb quickly and hover at its historically high level of approximately 50 per cent of the province’s GDP.

Finally, the eye-popping deficit number for 2021 will receive plenty of attention, but what’s more important is whether the government has a solid plan to repair Ontario’s finances once the pandemic and the related public health and economic emergencies are behind us. Unfortunately, this budget does not pass that test. Instead, it continues an approach to spending growth and deficit-reduction similar to the McGuinty and Wynne years, which means there’s no end in sight for Ontario’s long uninterrupted string of budget deficits.