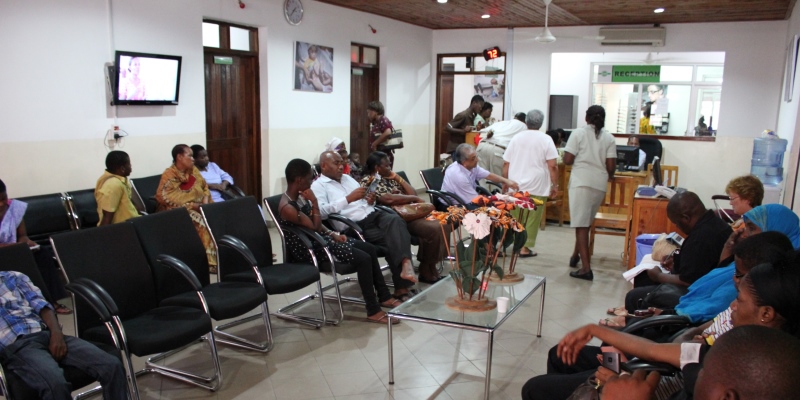 Last week, the Ford government finally lifted the veil on The People's Health Care Act, which includes changes to how health care will be organized in Ontario. Specifically, the bill formalizes the government’s plan to consolidate regional health authorities into a centralized agency (Ontario Health), establish local Ontario Health Teams to “connect health care providers and services around patients and families” and improve “access to secure digital tools, including online health records and virtual care options for patients.”

Whether these changes will meaningfully improve how patients and providers navigate the public system, or turn out to simply be a large-scale version of musical chairs, remains to be seen. What’s clear, however, is that the proposed reforms fall drastically short of the kind of policy change Ontario needs.

The province struggles to provide timely access to care. Last year, patients could expect to wait 15.7 weeks (on average) for medically necessary care after getting a referral from their family doctor. Appallingly, wait times are even longer in most other provinces, but when compared to other universal health-care countries, Ontario’s performance looks much worse.

For example, a 2016 survey by the U.S.-based Commonwealth Fund reported that only one per cent of respondents in France and three per cent in Germany waited four hours of more in the emergency room. In Ontario, that number was 24 per cent. The same survey reported more than twice as many patients in Ontario (57 per cent) reported waiting four weeks or longer to see a specialist compared to Switzerland (22 per cent) and the Netherlands (23 per cent).

Countries that performed best—Germany, France, Switzerland and the Netherlands—all do universal health care very differently from Canada. Each, for example, generally expects patients to share the cost of treatment (with exemptions for vulnerable populations) and have hospital funding models that incentivize productivity, which are absent under Canada’s “global budgeting” model.

They all also embrace the private sector as a partner or pressure valve for the delivery of universal care. For example, in the Netherlands individuals must purchase insurance in a regulated market from a mix of public, private not-for-profit and for-profit insurers. In Germany, about 40 per cent of hospitals are for-profit institutions—almost all of which are part of the country’s universal health-care framework. Indeed, a more inclusive attitude towards the private sector is the norm for most universal health-care systems.

For an example closer to home of how public and private providers can work together to deliver universal care, consider Saskatchewan. As recently as 2008, the province had the longest wait times in Canada. But Saskatchewan implemented important reforms including contracting services to third-party providers (who delivered services at 26 per cent lower cost). The results have been transformative. In 2018, Saskatchewan had the shortest wait times in Canada. Patients in Saskatchewan still have access to universal care regardless of ability to pay—just a lot sooner than before thanks in part to private providers working within the system.

Earlier in February, the NDP said the Ford government was close to opening “the door to unprecedented involvement of for-profit, private corporations in health care.” Based on international evidence that’s exactly what the government should do to improve the province’s universal health-care system. Instead, The People's Health Care Act only moves closer to digitally-assisted integrated care and the sort of basic centralization that’s already been tried in other provinces.