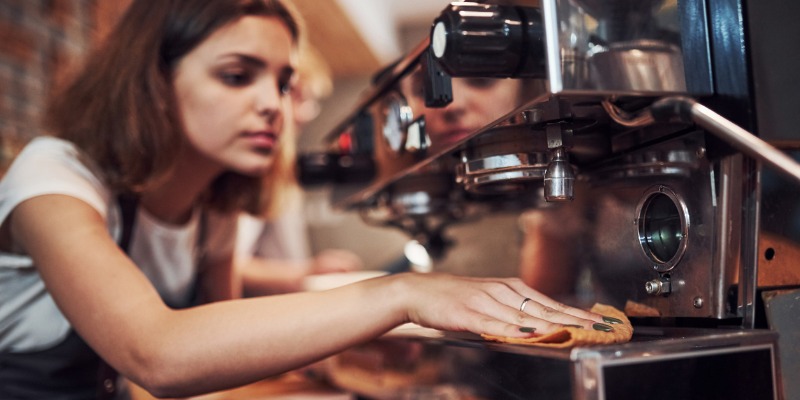 The recent Democratic proposal to nearly double the U.S. federal minimum wage to $15 an hour by 2025 puts the spotlight back on the economic impact of minimum-wage policy. Most studies conclude that minimum-wage hikes result in job losses, especially among the younger generation, while doing little to reduce poverty. The failure of minimum-wage laws to achieve their intended goal of helping low-income families is not surprising. Minimum-wage laws are designed to use employers to achieve a social goal at minimal cost to the government, but they incentivize firms to lower total labor costs in ways that frustrate that goal. This is because minimum-wage laws have contradictory effects—they help a small number of fulltime workers at the expense of others, especially those who lose job opportunities.

Again, most studies of higher minimum wages find a negative impact on jobs. For example, the average estimate by the U.S. Congressional Budget Office (CBO) is that raising the federal minimum wage to $15 an hour would likely result in the loss of 1.4 million jobs in 2025. Such losses are the result of two forces.

First, higher labour costs force employers to raise prices, which depresses demand and leads firms to cut back their operations. Second, the higher cost of minimum-wage workers lowers the relative cost of employing higher-wage workers or investing in machines and technology. Employers respond with reductions in low-wage staff, achieved by either substituting capital, higher-skilled workers who are better able to use this capital, or new technology.

However, almost all the evidence for the impact of higher minimum wages on jobs is based on the relatively small increases that historically have been the norm. The Democratic proposal is more in line with the sizable increase made by provincial governments in Ontario (32 per cent) and Alberta (36 per cent) when, a few years ago, they boosted their minimum wage to $14 and $15 an hour, respectively. Economists expect these very large hikes eventually will result in disproportionately more job losses because outsized increases give employers more incentive to cut costs while unable to make the subtle adjustments to lower nonwage benefits or higher labour productivity that help firms control overall costs. One mitigating factor for the proposed U.S. federal minimum-wage increase is that it starts from a much lower initial wage rate than in either Ontario or Alberta. This also, however, magnifies the shock of moving to a $15 an hour wage.

Not having a job lowers the earnings profile of young people for years. In his book, The Conservative Heart, Arthur Brooks identifies that despite their poor reputation, entry-level jobs allow workers to demonstrate that they can show up for work on time, get along with others, take directions, and create value with their time and effort. Demonstrating these basic personal characteristics quickly qualifies most minimum-wage earners for higher pay. Very few minimum-wage earners (about 1 per cent in Canada) work for more than five years at the minimum wage. Indeed, many young people will gladly work as unpaid interns for brief periods of time in order to demonstrate that they possess such prized qualities, enhance their reputation, and earn remuneration in the future.

Minimum-wage hikes have had little success in lowering poverty, partly because that measure reflects family income, whereas the wage itself is paid to the individual. The vast majority of minimum-wage earners live in households already above the low-income threshold (and 40 per cent live in households with income three times the poverty level), especially youths living with their parents and who account for the largest part of minimum-wage earners. This is why the CBO estimates that even doubling the U.S. federal minimum wage would only lower poverty by 2.6 per cent.

Pulling on emotional heartstrings by framing $15 an hour as a “living wage” is misleading. As William F. Buckley Jr. famously asked, if people were earning less than a living wage, “why, under the circumstances, weren’t they dead?” Most people living on low incomes do so either because they are unemployed or because they cannot find more than part-time employment. Raising the minimum wage makes it even more difficult for low-skilled workers to land a job, while part-time employees do not work enough hours for a higher minimum wage to lift them out of low income. Very few fulltime employees are paid the minimum wage and therefore stand to benefit from a higher minimum if they keep their jobs.

The history and evolution of minimum-wage policy shows that it has never been a particularly good or even necessary policy for helping low-income people. A surprising number of well-off countries in Europe do not have a minimum wage but nevertheless have lifted millions out of poverty, including Italy, Sweden, Finland, Norway and Denmark (and Germany before 2015). The idea of setting a minimum wage spread in the United States beginning in the Progressive era when it was explicitly designed to be discriminatory or exclusionary of groups such as visible minorities and women, and had a rationale that, in its beginnings, came with an agenda specifically rooted in eugenics. Commenting on the origins of minimum-wage legislation, economist Thomas Leonard noted the calculation “that job loss induced by minimum wages was a social benefit ridding the labour force of the ‘unemployable.’”

More recently, cash-strapped governments have increasingly resorted to higher minimum wages to shift the cost of achieving social goals from the public to the private sector. Thomas Sowell has observed that the minimum wage is “an unfunded mandate imposed on private organizations” by governments. However, one problem with this tactic is that firms often respond in ways that frustrate the intended goal of minimum-wage policy. For example, as alluded to above, firms can offset the increase in wages paid to some employees by trimming non-wage benefits, such as pensions or health-care benefits. Firms can also respond by cutting low-skilled jobs, which is especially harmful to younger workers.

Making matters even worse, governments typically get the timing wrong when raising the minimum wage. The negative impact of higher minimum wages is minimized by boosting them when labour-market conditions are strong. Instead, governments often hike the minimum wage when labour-market conditions are soft, in the mistaken belief that higher wages lead to prosperity when it is, in fact, prosperity that creates higher wages. Raising the minimum wage in the middle of a pandemic, which has ravaged industries that employ many minimum-wage workers (restaurants, hotels, etc.), would continue the unfortunate tradition of bad timing and, these days, misguided good intentions by governments.