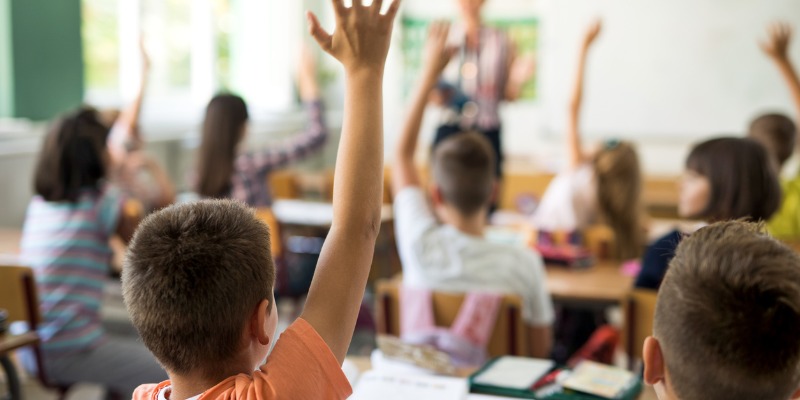 It’s almost back to school time. After more than two years of pandemic-related shutdowns and disruptions, Ontario students deserve a normal schoolyear. Unfortunately, they may not get one.

That’s because the collective agreements for all teacher unions in the province are set to expire at the end of August. If the Ford government and the unions cannot come to an agreement (and the track record is not promising), we’ll likely see labour disruptions, which could include everything from no extracurricular activities for students to full-blown teacher strikes.

Thus, any parents with children in a government-run school better prepare to have their children at home again for part of this schoolyear—a frustrating prospect for most parents.

However, there’s good news. Approximately 7 per cent of Ontario students don’t have to worry about teacher strikes or “work-to-rule” campaigns because they attend independent schools, and teachers in these schools are not union members. So when government-run schools shutdown during strikes, students in independent schools keep right on learning.

Back in 2007, the Ontario PCs promised to help fund independent faith-based schools. This pledge is widely credited for that party’s resounding loss in the 2007 election. Since that time, no party has dared raise the funding issue again. However, the problem was with the messaging, not the concept itself. Public debate at the time revolved around whether the government should fund private religious schools, with many Ontarians recoiling at this notion. There was also concern that funding religious schools would lead to a more balkanized society.

In reality, however, it’s about letting money follow the student. All parents pay taxes, regardless of where their children attend school. So it makes sense that parents should have the ability to direct at least some of their tax dollars to schools of their choice, whether public, Catholic or independent.

As for concerns about subsidizing religion, the province already provides 100 per cent funding for Catholic schools. Unless one is prepared to say that Catholics are inherently more worthy of government support than people of other faiths, it makes no sense to deny funding to independent schools because of their religious (or non-religious) affiliation. And there’s no evidence that British Columbia, Alberta, Saskatchewan, Manitoba and Quebec are more balkanized or divided than Ontario, even though all five of these provinces have long funded independent schools.

There’s also a major fiscal benefit. When funding follows the student, taxpayers can save money. Most provinces that fund independent schools provide partial (usually 50 per cent) funding for each independent school student. The rest of the budget for these schools comes from private donations and/or tuition fees. In other words, these provinces are essentially getting a 50 per cent discount for every student in an independent school—a salient fact for Ontario, which will run its 15th consecutive budget deficit this year.

Finally, government funding lowers tuition fees, making independent schools available to a wider group of parents. And independent schools have a strong track record of providing a solid academic education and can provide more specialized programming than what’s typically available in the government-run system. Today, nobody can seriously argue that kids must attend government-run schools to receive a quality education.

In the end, Ontario parents deserve the same options as parents in Quebec and the western provinces. With the prospect of yet another schoolyear disrupted by teacher strikes, parents should not be trapped in government-run schools. Let the money follow the student—it’s sensible and fair. Making more education options available to parents and students is always a good thing.